Let’s do a mental exercise. Imagine you buy a game on Epic Games Store. You get hooked, you like it and you invite a friend to play. This one, who does not have an Epic Games Store account, buys the same game on Steam. Same game, two different platforms. Result? You cannot play together because they are different systems.

There are games that allow it through their own platforms or third-party systems, but now Epic Games wants to make it easier. How? With a new free developer tool built into the Epic Online Services (EOS). In Epic’s words:

“This service is the first in a series of plug-and-play crossplay services that give developers everything they need to connect their game and community across platforms and stores.”

The idea of ​​the tool is simple. If the developer implements it in his game, It will not matter if the player buys the title on Steam or Epic Games, since you will be able to play online with your friends regardless of the platform. It is, shall we say, a unifying tool.

To enhance this “single platform” facet, EOS includes an overlay that merge Steam friends with Epic Games friends in a single list and interface. Needless to say, the tool is not exclusive to the Unreal Engine, but works “on any engine”.

Epic Games has not been shy about mentioning Steam, its direct and strongest competitor, in the statement. In addition, it also anticipates that work is being done to offer support for more storesas well as for macOS, Linux, consoles, and mobile platforms. 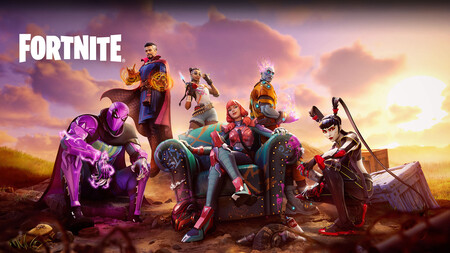 It makes perfect sense for Epic Games to take this step forward. Tim Sweeney has always been a defender of openness between platforms (tell Apple) and the strategy of being agnostic to them has worked well for him. One of the keys to the success of ‘Fortnite’ was precisely that it could be played on any system with friends from any system.

‘The paper house: Korea’ launches into science fiction in its new trailer: this new version is a uchrony