One of the things that caught our attention about the Nothing Ear (1) was its transparent design. These headphones allow us to see their interior openly and take a look at the components that reside there, and as expected, the company has followed this path (more or less) for its Nothing Phone (1).

Nothing, let’s remember, is the new adventure of Carl Pei, one of the two founders of OnePlus. His next big release it will be a smartphone that, after several days of warming up in social networks, today has finally been seen in his first official image. 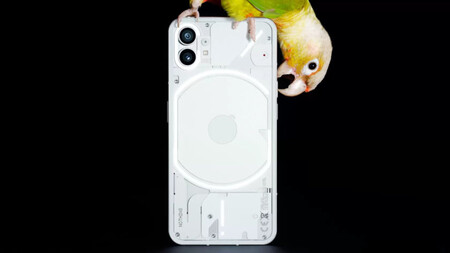 Unlike the Nothing Ear (1), the Nothing Phone (1) does not reveal its internal components. Instead, what we see is a cover that covers all the components. From the rear the attention is drawn to the top two chambers (of which we know nothing, neither resolution nor type of lens), the brand logo in the lower right corner and the central circle.

This central circle appears to be the wireless charging coil and, as we could see in a 15 minute documentary published a few days ago by the firm, it seems that it will light up. In what context? It is not known for now. can be seen in the video at minute 8:03.

Nothing Phone (1) in the dark 👀 pic.twitter.com/Ybf70QVjVy

On the other hand, and although this has not been shown by Nothing, but by Ben Geskin, apparently the Nothing Phone (1) will light up not only in the central area, but for all its chassis. This squares with some schematics published by Nothing.

We will have to wait to see the phone for ourselves, something that it will happen on july 12. Be that as it may, it is clear that, although the terminal will have a transparent back, it does not seem that the effect will be as striking as that of the headphones. Time to time.

As for specifications, what has been leaked is that it will have a Snapdragon 778, a 6.43-inch AMOLED screen at 90 Hz and 8/128 GB of RAM and storage. The launcherby the way, it can already be downloaded, in case we want to get an idea of ​​what the software will look like.

14 videos to amaze with space in 4K and 8K: the Earth from its orbit, the surface of Mars, the Sun up close and more