A few months ago we met the new iPad Air (2022), a hypervitamin tablet that put even last year’s iPad Pro in check. Now the rumor is that the standard iPad will be renewed very soony they will with significant improvements in several sections.

The data indicates that these iPads will arrive without Lightning and with USB-C, a notable change that joins the probable inclusion of an Apple A14 Bionic chip and an even larger screen. The only thing that doesn’t change is precisely something that Apple has condemned users with for years, forcing them to spend more. What do you know what we’re talking about?

That’s how it is. Only the iPad Pro, with the highest price of all current models, start from a base capacity of 128 GB. The rest of the models continue to start from a capacity of 64 GBan amount that seems short in 2022.

Hopefully the hypothetical iPad (2022) that the rumors are talking about also count on that capacity of 64 GB Basically, because it is the same as the iPad (2021) that was presented last year and of which we were precisely celebrating that they at least integrated that storage capacity.

It was a welcome leap considering that until then these tablets had been based on a meager 32GB. The improvement was therefore interesting, but it’s still somewhat surprising that Apple offers 64GB on most of its tablets.

The comparison with the iPhone es inevitable: The iPhone 12 also started with 64 GB models, but in the iPhone 13 the starting models have 128 GB of capacity, like the iPad Pro.

In that article it was clear how Apple cashed in by offering a base model that always seemed unattractive due to that storage capacity (my God, 16 GB on a mobile was a real thing). The really interesting model, the 64GB one, was $100 more, but Apple was only $10 for that capacity upgrade. profit margin —and Apple knows a lot about those things— it was fired.

With the iPad the technique is the same. In a world in which applications do not stop asking for capacity to store data and in which these tablets invite you to record 4K videos and store them on the tablet, 64 GB seems like a really low capacity. 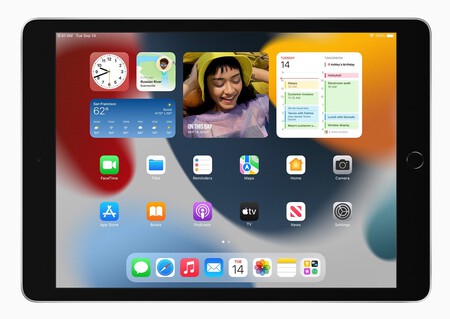 How much does that storage unit cost Apple? Hard to tell. On older iPad models they were used for example Toshiba NAND flash chips while in the iPhone 13 Pro they are used Kioxia chips. It is difficult to know its current cost, but in 2012 the 16 GB chip was $17, the 32 GB was $33.60 and the 64 GB was $67.20 according to iSuppli.

Those prices have come down over the years, of course, and those 64GB NAND Flash chips are likely to cost now what 16GBs cost then, while 256GBs will cost roughly what 64GBs cost then. That means a difference of about 50 dollars (=48 euros) between one version and the other (and about 15 with the 128 GB chip), when Apple charges for that difference, it charges the aforementioned additional 170 euros: more than three times as many according to those estimates.

It continues to be very profitable for Apple to launch an iPad —or any other product— with little storage capacity, because they know that those models make users think about it a lot and the immediately superior versions with greater storage capacity are considered. Not twice as much, but four times as much. A relevant improvement that, yes, imposes a significant extra cost for users… and a juicy profit margin for Apple.