And Apple 1 signed by Steve Wozniak has been auctioned for $340,100, but it’s not the company’s first computer to hit such an extraordinary sales figure. Over the years, lovers of the brand have shelled out significant amounts of money to get hold of one of these coveted collector’s items. For example, in 2013 an anonymous German engineer paid $671,400 for a functional unit.

The Apple 1 sold this week was owned by Jimmy Grewala Dubai businessman responsible for The AAPL Collection, one of the most comprehensive private collections of Apple products in the world. Its “showcases” display various computers and accessories launched during the company’s first three decades of life, but as the collection is renewed, some of its components are auctioned off.

According to the eBay auction page, Grewal’s computer was professionally restored to maintain its originality and operation. “It’s one of the few remaining Apple-1 boards that is almost completely original and in working order,” he details. In addition, he claims that it contains almost all the components from the original manufacturing period, except for four integrated circuits that were manufactured a year later, in 1977. 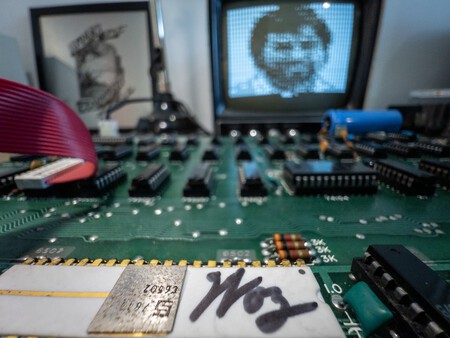 The auction attracted the attention of more than 130,000 people and was viewed by 6,500 eBay users. However, only 28 bidders participated and submitted a total of 113 offers. Though was valued at $485,000 before the auction startedan anonymous collector from the United States managed to get hold of the coveted object for $340,100. 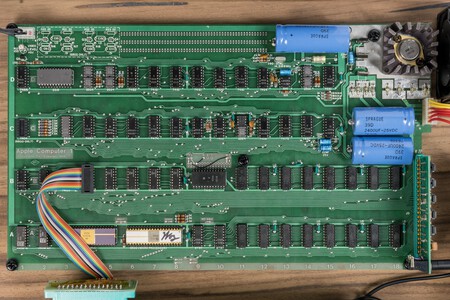 Grewal plans to use that money to invest in new products and continue to grow his collection. Of course, as we mentioned above, it is not the most expensive Apple 1 in history. In 2014 Bonhams Auctions included one of these computers as part of its “History of Science and Technology” auction with a base bid of $300,000. The machine, described as “in perfect condition”, was bought for $905,000.

The truth is that the Apple 1 has a very special meaning in the history of modern computing. We have often heard of the company that was created in a garage, and the Apple 1 is part of that story. It was dreamed up by Steve Jobs and designed by Steve Wozniak. To make that project a reality, Jobs sold his VW Microbus and Wozniak his HP-65 calculator. The first prototype was exhibited at the Homebrew Computer, a scene that we can see represented in the movie ‘Pirates of Silicon Valley’.

About 200 units were produced and almost all of them were sold in about ten months. First for $666.66 and then for $475. In a unique move, when Apple had already launched its successor, el Apple II, started offering trade-ins and discounts to get the owners of the first computer to return it. Recovered equipment was destroyed, making its existence a real rarity. As of February this year it is believed that there are only 62 units.

What is Patreon and how to support your favorite creators

The big problem of the four-day week in Spain: many want it, but nobody agrees on how