Came the day. Today is June 15 and, as planned, Internet Explorer support ends. After a 27-year career, Microsoft takes Explorer out of the field to bet everything (more, if possible) on Microsoft Edge. It could be said that it is the end of an era and a major turning point in terms of development.

Why? Because, in Spain, there are many services that depend on Internet Explorer. The Congress of Deputies, without going any further, whose signature format only works through this browser. Moreover, until relatively recently, certificates such as Social Security or the Mercantile Registry could only be obtained through Explorer.

What will happen from now? What will become of Internet Explorer and all the services that depend on it? Let’s see it.

What happens to Internet Explorer from June 15 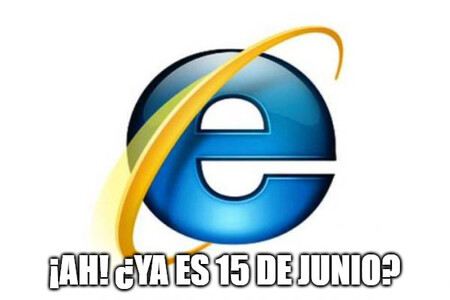 In a nutshell, that runs out of support. Let’s say that Microsoft will leave it as it is right now, with its failures and bugs. The application is retired and no longer receives maintenance. This is a problem in the face of possible vulnerabilities found in the future, since, in principle, they should not receive a patch, for example.

The withdrawal will be made in of the phases. The first, a redirection phase in which devices will be progressively redirected from Internet Explorer to Edge during the months after June 15. This is something designed (obviously) for companies and organizations that need to adapt.

The second phase will occur via Windows Update. Once the first phase is complete, Internet Explorer will be permanently disabled via a Windows update. “It will follow the standard Windows update process as part of an optional preview ‘C’ release followed by a ‘B’ release on Patch Tuesday,” Microsoft said.

And what if I need to use Internet Explorer? 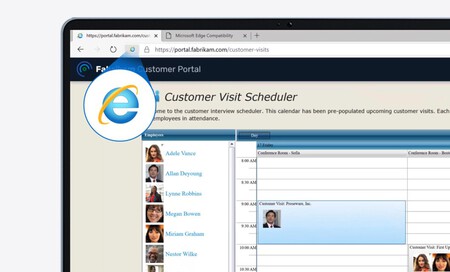 Nothing for now. At the moment, the easiest way to continue accessing services that depend on Internet Explorer is to use the Modo IE de Microsoft Edge. It is a way that leads integrated into Edge since version 92 and, basically, it allows us to navigate as if we were using Explorer. There are two variables:

This support, obviously, will not be infinite. The deadline is 2029 in the best case, as shown in the following table:

What to do from now on as a user

If we need to use Internet Explorer in our day to day, the best option is switch to Microsoft Edge and use IE Mode until it proceeds. Edge is based on Chromium and is much better adapted to today’s standards.

If we use Chrome, there are some extensions that allow us to simulate IE Mode such as IE Tab. This allows you to use Java, Silverlight, ActiveX, etc. However, since Edge integrates the mode by default, it is recommended to use the official solution.

The Sony Xperia 1 IV arrives in Spain: official price and availability of Sony’s most powerful mobile

Japan had always been spared from ransomware because its language was too difficult. Until now