After the growth in sales of hybrid and electric vehicles, it seems that the turn is coming for the other form of sustainable propulsion, that of vehicles with engines powered by fuel cells or hydrogen cells. But it is also true that there are those who do not want to leave theirs burning.

And it is that, given the regulations that seek to stop selling and put an end to new cars and vans with combustion in the year 2035, A new system has appeared in the form of a solution that intends that we continue to have our current gasoline or diesel cars… without having to discard their engines.

Or what is the same; adapt thrusters in a simple way. Because if; There is still a lot to negotiate for the implementation of this ban to be real, but the trend is taking shape, with the market not being oblivious to it, so the electric car is inevitably gaining ground.

The decision of the European Parliament is confronted with a complicated reality in many European markets, including the Spanish. 64% of passenger cars in circulation are over a decade old, and the average age of the fleet is over 13 years old of antiquity. In addition, almost all cars are combustion, so the transition to a clean fleet seems complicated in just over a decade.

That is why there are solutions like that of the French company New Times to transform gasoline and diesel thermal engines into zero emissions, clean hydrogen. In fact, they point out, they have already carried out the first tests and now they are going to take the tests directly to the vehicles. They consider that it makes no sense to try to throw away the more than one billion combustion vehicles that circulate around the world. 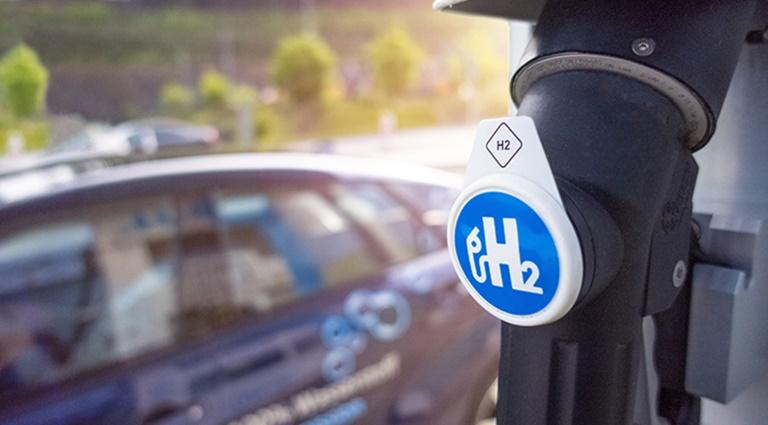 We are talking about a company with a long history in the field of automotive software, and which has now turned its research into a system that can convert any type of these engines. The project is about the technology called THOM (Thermal Hydrogen Oxygen Mobility). “We must stop demonizing vehicles with internal combustion engines. There are currently more than a billion such vehicles on the planet. Imagine what would happen if we had to throw them away and make new ones, “they mention.

At the same time, manufacturers such as Toyota, Hyundai (such as the Nexo), Honda, Yamaha, Subaru, Mazda, Kawasaki or Punch Powertrain, among others, are promoting the use of hydrogen as fuel over gasoline. This idea, which is not exactly new, consists of adapting both diesel and gasoline engines to burn hydrogen, which allows internal combustion propellants to be kept alive for all kinds of applications: private, heavy transport, maritime applications…

“The least polluting vehicles are the ones we don’t need to build; we are working on a system that will allow us to drive an environmentally friendly vehicle without having to replace it with new technology,” said its founder. As such, the first prototype vehicle will be ready in summer, while the second will be finished by the end of this year. In fact, the local authorities of Occitania, where the company is based, have subsidized the program with an amount of 140,000 euros.

«The least polluting car is the one we do not produce. We offer a solution to drive cleanly without changing cars. Our technology allows only part of the vehicle engine to be modified, without having to change it completely”, they conclude.

‘Stranger Things 4’ is already the most watched English series on Netflix. But his success has a dark side

'Stranger Things 4' is already the most watched English series on Netflix. But his success has a dark side

How Shin Chan, a phenomenon thought by and for Japan, has ended up coming to Switch and PS4 in Europe

You don’t need Windows to play ‘Doom’: someone has managed to make it work in the BIOS of a PC

The great defeat of the European car: the list of the best sellers in the world portends bad news