There are many who recycle in Spain, investing their free time in lending a hand to the environment. But there are others who do not, either due to ignorance and/or lack of motivation, two elements that the RECICLOS system of the Ecomembes organization it comes to put an end to them or, at least, to provide an alternative solution.

Seeking out encourage recycling in Spain, RECICLOS is a system for help those who recycle and interest those who have never done it. It is the first SDR Return and Reward System that rewards citizens’ commitment to recycling and the environment, offering them sustainable and social incentives for recycling cans and plastic beverage bottles.

Conceived and developed by Ecoembes, the non-profit organization that cares for the environment through recycling and eco-design of light household packaging in Spain, the return and reward system elevates and evolves the recycling model for plastic cans and bottles of beverages that we have strongly established in Spain.

And it does so by implementing two elements in the process to make the system more attractive and easy to use: the smartphone through a mobile application and sustainable incentives or rewardswhich range from contributing financially on your behalf to an NGO, or participating in raffles with prizes such as bicycles, electric scooters and public transport tickets -prizes also aimed at reducing the current carbon footprint. 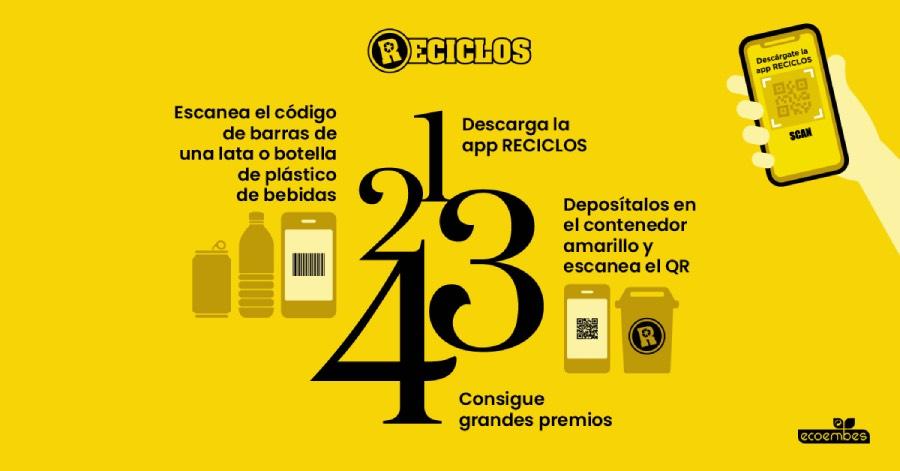 This new system represents an evolution of the current recycling model to incorporate mobile technology and sustainable incentives -such as contributions to NGOs and participation in raffles for bicycles and public transport tickets. RECICLOS seeks to ensure that this waste is recycled more and better, while promoting the circularity of the containers we consume and thus giving them a new life to help reduce, among other things, the amount of plastic discharged into the oceans.

How does the system work? It’s about doing the same thing you do, recycling cans and plastic bottles, but with the intermediate step of putting them in the RECYCLING system first. The first thing is download the official and free app of RECICLOSvalid for both smartphones Android as for iPhone iOS mobiles. And when you have it installed, you must scan the barcode of the can or plastic bottle you want to recycle.

Now you have your recycling items scanned, and the next step is go put them in a yellow container or machine. After doing so, you must scan the QR code of the container or machine so that the system knows that it is you who has deposited that. The RECICLOS app will give you a series of points as a reward to your account, which you can use to exchange them for “sustainable or social incentives”.

Sustainable incentives are those that will help you “caring for the environment” and they are among other raffles for public transport tickets -and thus use the car less- or bicycles and e-scooters to move without using fossil fuels. 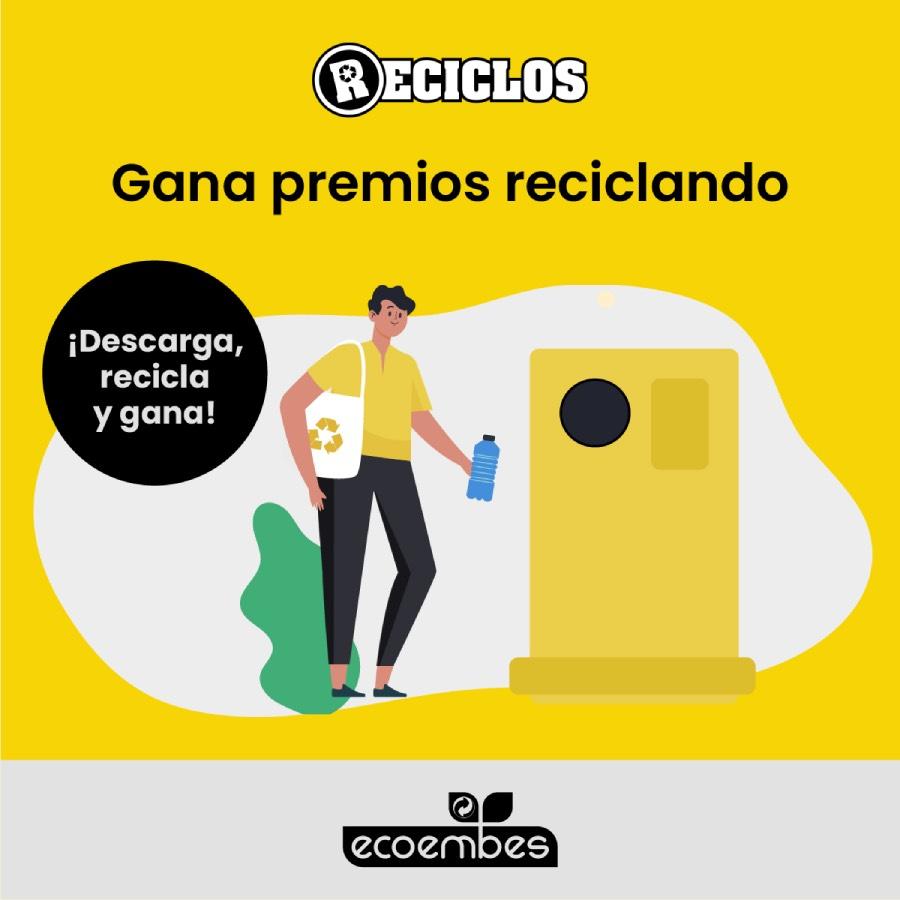 Social incentives are those that will help you “take care of your community through local social or environmental projects, such as donate money to an NGO to help improve your neighborhood and those most in need.

The Recycles proposal seeks to adapt recycling to the citizen, not vice versa. and it does so by implementing new technology to the yellow containers that you already know through a simple QR code -in some places like Sant Boi de Llobregat, these containers have a ring-shaped device that makes them smart, helping to know patterns such as the frequency of recycling and the places in which it is carried out the most.

Also through new recycling machines in key places of beverage consumption such as shopping malls, entertainment venues or transport stations, to make the process easier -and familiar-. It is important to know if RECICLOS has reached our town. A fact that we can know by consulting the service website.

Do you dare to save the world can by can and bottle by bottle?

You’re a writer? Try your luck on these 6 literary contest websites