DALL-E Mini: what it is and how you can use it

we will explain what is it and how can you use DALL-E Mini, the funny artificial intelligence that tries to create drawings containing a description that you indicate. I already warned you that if the sleep of reason produces monsters, the consciousness of artificial intelligences can produce some worse ones.

We are going to start this article by explaining to you what exactly the DALL-E Mini is and explaining in the simplest way possible how it works. And then we’ll go on to tell you how can you use this AI to create images and unleash your imagination, since you can do it for free.

What is DALL-E Mini 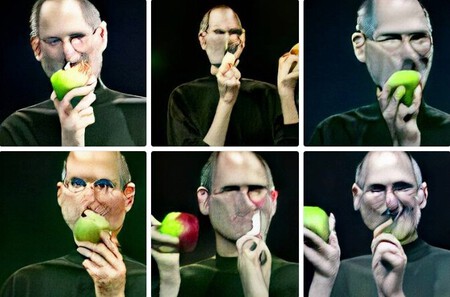 There is a tendency to create systems of artificial intelligence capable of generating images from a description that we write. Google has a project called DALLE-2, closed to users but capable of generating very realistic images from our ideas. And then there is the DALL-E Mini, which is an artificial intelligence that offers much more bizarre results.

It is an OpenAI generator whose code is open and you can find it at GitHub. It was created by the programmer Boris Daymawhich developed the app as part of a Google and Hugging Face competition in July 2021. The idea behind this AI is to create an image-generating algorithm similar to Google’s DALLE, but with smaller infrastructure and fewer hardware resources.

In general terms, the operation of the AI ​​is as follows: you write something to it that you want to see, and the first step is to analyze the words that are in the request that you have written to it. The AI ​​then searches the internet for those words and looks for the images associated with them, as well as the distinguishing features that make that image the definition of the word.

Then, in the last steps, the artificial intelligence creates a composition with fragments of those images that it has searched for, and try to make the result as realistic as possible. The images are collected from the network without any type of filter, that is, the creator already warns that the compositions could contain stereotypes that go against minority groups or images that are out of place. 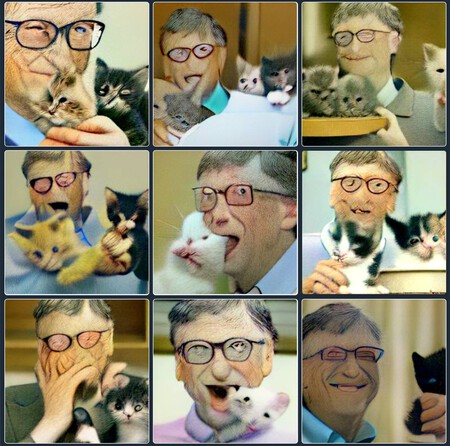 All artificial intelligences go through a training period, in which they get better as they are used. And that’s the reason why generates images so strange and bizarrebecause it is an algorithm that is still being trained, and little by little it will improve the results.

In any case, the bizarre images it generates have made many people use it as a gameand this in the end is positive for the developer, because thousands of people using the AI ​​around the world are actually helping to train it.

How to use DALL-E Mini 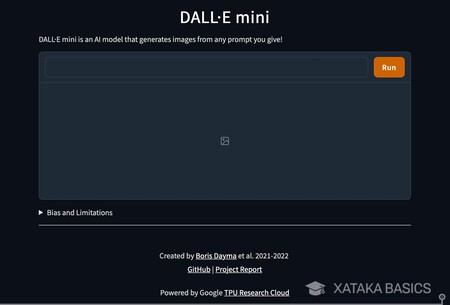 To use the DALL-E Mini, you just have to enter your demo page open to everyonewhose URL is Huggingface.co/spaces/dalle-mini/dalle-mini. On this website, you have to look at the part where a text box appears and below it as a blank space. 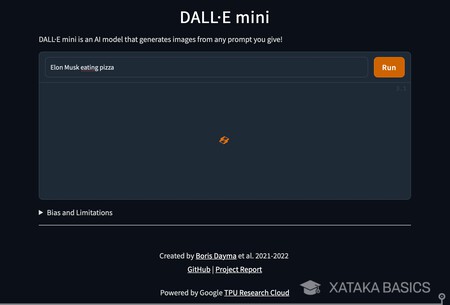 The only thing you have to do here is go to the text box and write in English the description of what you want to see. Here, the more elements or words you target, the easier it is for some of them to be left out of the final composition, but it is best to keep trying. Once you have written what you want, click on the button Run for the AI ​​to start working. It may take a few minutes to give you the result. 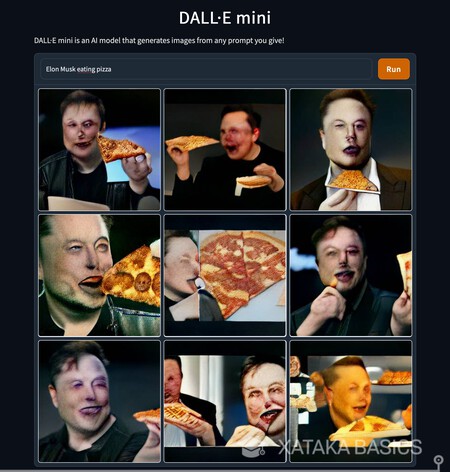 And after a few minutes, the web page will show you as a result a vignette with nine images that it has generated from your description. Some of these images may be closer than the others to what you wanted the algorithm to create.

Tesla opens 116 superchargers in Spain to any electric car: prices and how they will work

China says it will build a solar plant in space: this is how it plans to transmit energy to Earth