China says it will build a solar plant in space: this is how it plans to transmit energy to Earth

The Photovoltaic Solar Energy it is one of the most promising renewable energy sources to reduce our dependence on fossil fuels. On the path to sustainability, we have developed numerous projects that seek to harness the inexhaustible electromagnetic radiation of our sun to generate electricity. From the largest solar farm in the world to installing panels in our own homes.

However, our technological resources to get the most out of solar PV are far from ideal. The panels that we install in different parts of the planet —even far from the mainland— have a major drawback: they are affected by the attenuation of solar radiation in the atmosphere and by night phases. In other words, it is not a constant source of energy, as marine energy is.

The idea of ​​setting up a solar farm in space

Then why not collect solar energy in space and send her to Earth? This idea, which seems taken from science fiction, has been going around for several decades. The United States was a pioneer in exploring this type of alternative in the 1970s, allocating an initial budget of 80 million dollars to study its viability e promoting NASA with different projects.

China, for its part, began work on space solar power (SSP) technology in 2012. Later, in 2015, the Chinese Academy of Space Technology (CAST) presented a roadmap for develop the project. Is established which in 2035 would launch in a 200-tonne SSP station with a generation capacity of several megawatts. 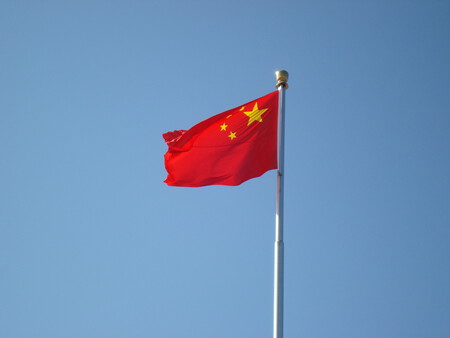 The first tests of power generation and transmission from orbit should have started in 2030, but according to South China Morning Postan article published in the Chinese Space Science and Technology magazine shows the updated plans of the Asian giant, which intends to start tests two years earlier than originally planned.

But it is not just a simple declaration of intent, China seems to be serious about this idea, despite all the challenges ahead. According to Eurasia Timesthe country is already building a receiving station in the city of Chongqing to help in the investigation of its ambitious project, and has even carried out energy transmission tests from hot air balloons.

The updated plans contemplate that this year the first satellite will be launched to test the SSP. It will have the capacity to provide enough energy to meet the energy needs of a few homes. Of course, the researchers are still not sure which transmission method to use, microwave or laser, since each has its pros and cons.

The system could use a transmitter of microwave energy

In the case of microwaves, the researchers believe that this alternative could maximize the efficiency of the system, preventing energy from being lost in the atmosphere. However, they are not clear whether these could negatively affect people’s health. Because of this, an exclusion zone of several hectares would be established around the receiving station.

In addition, this alternative would require an antenna several meters (perhaps kilometers) in diameter in orbit and a receiving antenna of about 10 kilometers on the ground. It is believed that gravity or solar winds could cause movements that interrupt energy transmission.

If all goes well, after the first launch other satellites would be launched to complete a huge orbiting solar station. China expects that by 2035 the system will be capable of producing 10 MW. By 2050 capacity should increase to 2 GW.

The plan, although extended over time, seems very ambitious, but it is not exempt from great challenges that must be overcome. “Such a large infrastructure in space could make many countries uncomfortable, especially those without the technology or capacity to build one,” says Dong Shiwei of the National Science and Technology Laboratory of the Chinese Academy of Technology.

It should be noted that China is not the only country interested in exploring the possibilities of SSP. UK plans have your first 30 GW space solar power plant in 2040 to “provide 30 percent of the electricity demand” of the country. With time we will know if these proposals manage to succeed.

In Xataka | The first solar-powered pavement is installed in Barcelona: a non-slip floor connected to photovoltaic panels

Change companies but not colleagues: Manfred launches a service to hire entire teams

The Xiaomi Smart Band 7 arrives in Spain: official price and availability of Xiaomi’s most popular wearable