Over the years we have been seeing a gradual increase, but without rest, in the speeds at which we have access to browse the Internet. It is clear that fiber optics is destined to be the protagonist of most connections from now until a new technology appears. This is increasingly offering more and more speed, to the point that Nokia has achieved reach 100 Gbps download outside the laboratory. We tell you more about it.

It is not the first time that Nokia shows its potential to achieve 100 Gigabits per second, since in fact last February it achieved it in association with Vodafone. The difference between that achievement and the current one lies in the conditions of the experiment, as we will see later.

100 Gbps with the same current technology

This totally spectacular achievement was achieved thanks to a prototype version of its 100G PON technology. Thanks to him, it was possible to achieve 100 Gbps of download with the use of a single wave, avoiding having to combine multiple lower speed wavelengths. This experiment has been carried out simulating a real scenario, including fiber distance and power division.

The most interesting thing about this new prototype is that no new fiber technology has been used, but rather all that we know today has been used, with the difference that advanced digital signal processing (DSP) techniques have been used. ). According to Stefaan Vanhastel, CTO of Nokia Fixed Networks, it seems that this will be the only thing necessary to reach beyond 25 Gbps with current technology:

Fiber is the ultimate broadband infrastructure. It has almost unlimited capacity with only changes to the electronics at each end needed to increase speed. Today, fiber can already offer speeds of 10 Gbps and 25 Gbps. 50 Gbps technology will be available in the second half of this decade. With this demo, we prove that 100 Gbps is already within reach; all with the fiber network infrastructure being built today. 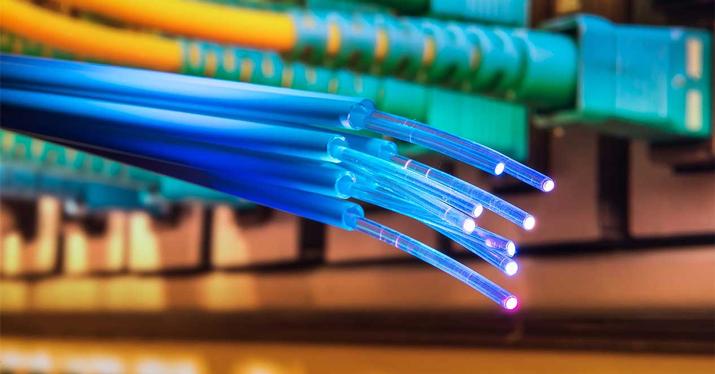 This new experiment is actually not too far from the one we have previously mentioned carried out in collaboration with Vodafone, except for the “real world conditions” that have been simulated. Regardless of this, this is a great achievement for the company and for the future of fiber.

Nokia is a pioneer in the development of fiber

Nokia is undoubtedly one of the companies that is working hard to develop fiber optics and that it exceeds its limits. In the United States, for example, it is working side by side with the FTTH provider Metronet to implement your XGS-PON technology (this is the same one that Digi uses in its 10 Gbps fiber). Thanks to it, it will be able to offer the clients of this provider 10 Gbps without problems, with the possibility of expanding the same network to 25G PON later.

The company is not only betting on improving its technology so that it is faster and faster, but it is also providing much attention to rural FTTH. In fact, also in the United States, it has launched a program to help service providers in the United States that are struggling so that deployments in rural areas can be carried out and these territories can have access to a decent Internet connection.

The “strawberry supermoon” is nothing special, but the virality has also broken astronomy

The "strawberry supermoon" is nothing special, but the virality has also broken astronomy

How Digi ports are opened regardless of the router you have

Solar360, the Movistar and Repsol company to sell solar panels

We have just discovered a new class of “super-reactive” chemical compounds. They may have been there a long time