Astra, the new actor in the aerospace industry that intends to stand up to SpaceX with daily launches in the near future you couldn’t complete your last mission. The upper stage of its Rocket 3.3 rocket shut down prematurely and the payload did not reach LEO orbit, explains the company.

The failure, which resulted in the loss of two NASA satellites, is not the first for Astra. The company founded in 2016 by a former US space agency chief technology officer and an MIT aerospace engineer has attempted nine launches, but only two have been successful.

Astra has many challenges to overcome

Solved that first inconvenience, the rocket of little more than 13 meters of height rose in the air. The first stage worked as expected, but the second stage stopped providing boost about a minute earlier than expected. Consequently, the payload was unable to reach the planned orbit and the mission did not proceed. 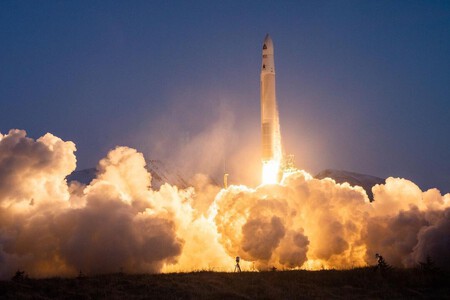 As in this type of episode, the private company that developed the rocket and NASA An investigation was launched to identify the source of the problem.. In this sense, Astra promised to provide more details once they “complete a review of all the data.” I mean, we’ll have to wait a while.

However, we know that this launch is part of a NASA program that tolerates a greater amount of risks. This is Earth Venture, which provides opportunities to companies that are taking their first steps in the aerospace industry and promotes their development.

The agreement between Astra and NASA contemplates the launch of six CubeSats, some satellites of the TROPICS mission that aim to provide observations of tropical storms. So that the private company can meet the objectives of the contract must complete two throwsthat is, put four satellites into orbit (they are launched in pairs).

As originally agreed, Astra should complete its targets during the month of July. However, due to the incident on Sunday we do not know if he will be able to do it or if NASA will extend the deadlines. Yes indeed, the agency is committed to moving forward with its private partner. It ensures that it will take into account “lessons learned” and implement the necessary corrections.

It should be noted that Astra is relatively young and that, despite its failures, it has achieved a remarkable achievement: in November 2021, five years and a month after its foundation, it reached Earth orbit with its Rocket 3.3 rocket and surpassed SpaceX. . Elon Musk’s company needed six years and four months for its Falcon 1 rocket to reach orbit.

And his most ambitious goal is to achieve a daily launch rate. For it is developing Rocket 4.0, a rocket that will use low-cost materials, such as aluminum, will have only two large engines and will work with 2 people in mission control. Will Astra achieve what it promises? In time we will know.

In Xataka | NASA gets serious about the UFO study: $100,000, nine months and a group of researchers

The idea of ​​​​a Ukrainian company to make space launches cheaper: the rocket that “eats itself”

HBO continues to squeeze ‘Game of Thrones’: we will have a direct sequel starring Jon Snow

Japan had always been spared from ransomware because its language was too difficult. Until now