Procedures such as signatures of Congress They only work via Internet Explorer. This poses a problem, as points out the user Carlos Canino, because this same browser ends its support these days. And it is not the only case, since certificates such as Social Security or the Mercantile Registry until recently they could only be done using Internet Explorer.

IE mode: Microsoft’s patch to continue extending the life of the browser

What happens then with these procedures? Does this mean that the Congress of Deputies will not be able to continue carrying out the signing process? What happens is that they are very specific procedures, where for years the technology behind.

The first aware of the backwardness that the Public Administration maintains is Microsoft. And for this reason, despite the fact that Internet Explorer officially says goodbye, in reality have created a patch to extend the use for years. Its about Internet Explorer mode, built into Microsoft Edge since version 92. 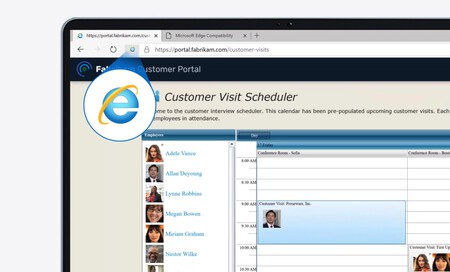 IE Mode is a drop-down menu that makes it easy to access as if you were browsing from Internet Explorer. That is, the IE browser as such disappears this week, but Microsoft will allow you to continue using it from Edge.

It’s a shame that many government systems still need patches like this new Microsoft Edge feature to keep working. Little by little, Spain is renewing its tools, but examples like this one from the Congress of Deputies are a sample of the work that lies ahead.

Is SHEIN going to close in Europe?