Internet connections are advancing at a spectacular rate. Until not too long ago, the maximum speed that we could contract did not reach 600 Mbps in any case, but thanks to the advances of the operators, we increasingly have faster options to contract, both for our homes and for work. In fact, a new milestone has been reached in terms of speed, and that is that an operator has managed to reach all 20 Gbps symmetrical. We tell you more about it.

As we say, no operator in the world had ever achieved such symmetrical speeds, once again breaking the limits of fiber optics. In fact, this operator got it pretty fastsince it was at the beginning of this year when, with the same technology, it achieved symmetrical 10 Gbps.

This is the operator that has achieved 20 Gbps

The operator in question that we are referring to is AT&T (of American Telephone and Telegraph), one of the most relevant American operators in the market and also with the longest track record in it. this operator celebrated last January the launch of its 5 Gbps fiber for more than 70 cities in the United States, so its coverage reached thousands of homes.

This milestone, which they have managed to reach this June, represents an evolutionary leap in terms of fiber optic technology. To achieve a symmetrical 20 Gbps connection, it has been necessary use 25GS-PON technology together with XGS-PON, which achieve speeds much higher than GPON technology. Obviously, for this technology to reach homes there is still some time left, in addition to the fact that in order to use it it will be necessary for homes to have new compatible equipment.

In our test, we were able to take advantage of wavelength coexistence with our FiberWise technology, combining 25GS-PON with XGS-PON and other point-to-point services over the same fiber to offer an efficient evolutionary path. This technology is what allowed us to reach 10 Gbps earlier this year and 20 Gbps in our broadband lab in Austin, Texas. 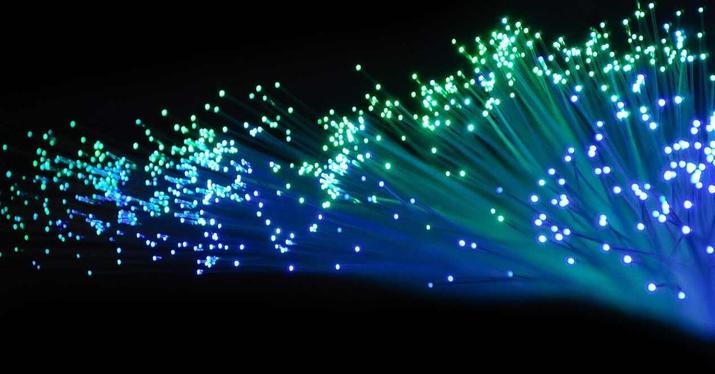 Will we see it in our country?

Thanks to the 25GS-PON technology, AT&T assures that it will be able to bring these symmetrical speeds to American homes. Of course, for this to happen, we will still have to wait a while, specifically a period that goes from 6 months to 1 whole year. Be that as it may, the truth is that from the United States they give us a lot of advantage in terms of speed, since AT&T itself, for example is already carrying symmetrical 2 and 5 Gbps fibers.

If we take a look at the operators in our country, we already have several that have rates with symmetrical 1 Gbps, such as Movistar, Vodafone, Orange or Jazztel, just to name a few examples. Out of these, the option that stands out the most is undoubtedly the symmetrical 10 Gbps offered by DIGI thanks to XGS-PON technology, but we have no news of other speeds similar to this from another operator. Will we get to see these high speeds more widespread in our country? Probably, but for that we will still have to wait some time.

Spain finally has its new star submarine: the Isaac Peral, 81 meters long and with the latest technology