New Zealand has come up with a peculiar idea to reduce its emissions: a tax on cow burps.

Burps and farts are not free in New Zealand. Not at least if they come out of the throat or butt of a cow or a sheep. In a pioneering gesture, which has captured the attention of half the planet, the Government of the Pacific archipelago has decided to promote a tax system that will tax the flatulence of its cattle. The Executive he has a draft on the table which, without going into details yet, proposes that farmers must pay for the farting of their cattle and an incentive system for those who, for example, use additives that reduce emissions.

The objective: to stand up in some way to the greenhouse gas emissions generated by the primary sector. Not bad in a country like New Zealand, where there are many, many more animals than people. It is estimated that more than 26 million sheep and 10 million cows. Humans, however, do not even reach the 5.1 million.

What is the situation in New Zealand? The Pacific archipelago is a great agricultural exporter and has a large herd with millions of head of cattle. In 2019 livestock and agriculture represented in fact 4.5% of GDP of the country, percentage to which another 4% of the transforming industry was added. In terms of greenhouse gas emissions, it is estimated that about half they come from agriculture, mainly in the form of methane (CH4).

You may not hear about it as much as carbon dioxide (CO2), but methane plays a key role in global warming. The Intergovernmental Panel on Climate Change (IPCC), for example, blames between 30 and 50% of the increase in temperature.

There are multiple sources that emit methane, but one of the best known is the one generated by cattle during digestion. According to calculations made by the FAOapproximately 44% of the sector’s emissions are CH4, followed by nitrous oxide (29%) and carbon dioxide (27%).

What does the measure consist of? What the New Zealand authorities are looking for is precisely to stand up to this challenge. The Executive’s proposal consists of taxing the flatulence of cows and sheep from 2025. It is not yet known how much or how the complicated task of assessing the amount of gases emitted by cattle will be tackled, but the objective is clear. “We need to reduce the amount of methane we put into the atmosphere, and an effective emissions pricing system for agriculture will play a key role.” señala James ShawMinister of Climate Change.

When assessing the different measures, the New Zealand Executive has relied on the recommendations of It’s a Free Ride, an association of the primary sector. In addition to taxing cattle flatulence, it includes other measures, such as good practice principles and incentives for those farmers who manage to reduce their emissions. In The Telegraph point to the use of additives in food that minimize emissions or to use forestry. Rates will vary depending on the gas and the money collected will be used, among other things, for research. 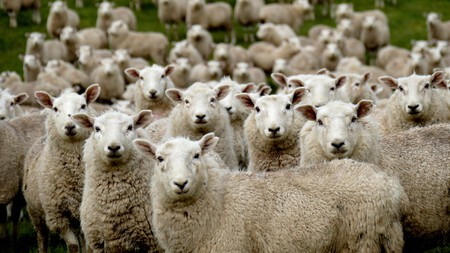 Do you have risks? Yes. As the British daily, one of the biggest risks of the New Zealand measure is that it increases production costs and the rise ends up affecting the price of meat and consumers. Perhaps aware of this risk, the Executive itself disclosed an official statement in which he proposes another approach: how his pioneering measure can give the national livestock industry extra value, a strength against other competitors.

“Customers around the world are demanding higher levels of sustainability in the products they buy, so there is potential for real competitive advantage if we can get it right and continue to move towards sustainable agricultural systems that are prepared to respond to global warming.” , explains the minister of Agriculture, Damien O’Connor, in a statement in which it is advanced that the decisions on how to set the rates will be adopted at the end of the year.

Is it the first try? The measure being prepared by New Zealand is pioneering and may lead the way for other countries, but it is certainly not the first move to reduce polluting emissions from livestock. Over the years, different options have been put on the table to reduce the impact of flatulence in sheep and cattle. For example, it has been suggested the use of certain algae —specifically red algae Asparagopsis— for cows to produce less gas or even smart cow masks that would filter methane from their burps.

The MWC renews with Barcelona: Spain will keep the largest mobile fair in the world until 2030

Hideo Kojima signs for Xbox Game Studios: he will create something “never seen so far”