As the years go by since the birth of Bitcoin —and there are already thirteen— more cases are accumulating in which someone dies leaving a certain amount of cryptocurrencies among their assets to inherit. A heritage that can be caught on foot changed to more than one: if it is already complex to resolve the hereditary issue at a time of emotional bankruptcy, it is even more complicated to unblock a situation in which the legal, the technological and often the ignorance of heirs and even lawyers intervene.

In addition, more factors come into play: in the case of being able to access cryptocurrencies, should they be taxed? How? Is it also taxed for capital gains? If someone buys cryptocurrencies worth 1,000 euros, let’s say, and sells them for 10,000, they have to pay around 20% for the 9,000 euros of profit. Does the heir also have to pay for that? The firm has helped us answer these questions. Ceca Magán Lawyers.

Without taxing the capital gain, but yes for other taxes 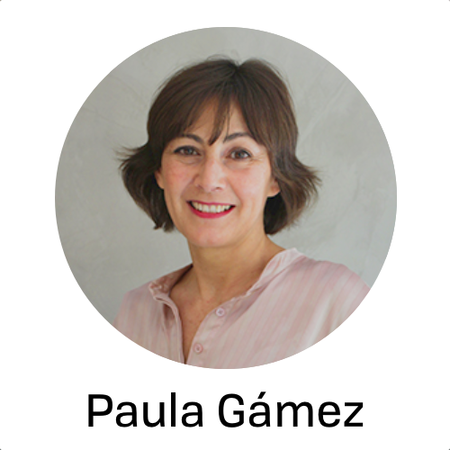 First, the deceased will not be taxed on the capital gain (the profit achieved by the operation). “In accordance with the provisions of article 33.3.b of the Personal Income Tax Lawthere is no capital gain or loss on the occasion of lucrative transfers due to the death of the taxpayer (the so-called surplus value of the deceased),” he explains. Paula Gamez, expert cryptocurrency lawyer. That is to say: it will be taxed for the inheritance of cryptocurrencies, but not for the capital gain that the deceased could have obtained.

Where the heirs do have to pay is in the Inheritance and Gift Tax (ISD). This is a tax ceded to the autonomous communities, and the one that should be taken as a reference to know the percentage to pay is the one where the deceased had his residence.

That said, an important nuance comes into play: “Cryptocurrencies must be valued at market value at the time of death, and therein lies the difficulty,” says Paula. Spain does not yet have a specific regulatory framework for crypto assets, so it has been the DGT (General Directorate of Taxes) is in charge of clarifying the tax treatment of ownership, activities or legal businesses that are linked to cryptocurrencies.

“Although the DGT has not ruled on the taxation of cryptocurrencies in inheritance tax, it has ruled on their taxation in VAT, personal income tax and Wealth Tax (IP),” says Paula.

Especially important: the value of the cryptocurrencies in the face of taxation as an inheritance is what they had on the day and time their owner died.

“For IP purposes, as in inheritance tax, cryptocurrencies must also be valued at market value, specifically, “as a capital in foreign currency” for its equivalent value in euros and we understand that this conclusion is perfectly extrapolated Therefore, regardless of the autonomous community in which the heirs must pay the inheritance tax, the cryptocurrencies must be valued ‘as capital in foreign currency’ at their equivalent value in euros or at the time of the death of the holder of the cryptocurrencies”.

This point is important as delaying too much the resolution of the inheritance could be making us pay taxes for an amount of money that does not adjust to what we receive. In other words: if the value of those cryptocurrencies has fallen from death to the time of collection.

An example: If when your father dies he has 10,000 euros in Bitcoin, it will be for that amount that you will pay taxes, even if at the time you receive them they are only worth 3,000. The importance of timing in this matter it is extreme due to the volatility of cryptocurrencies.

One last note: when an heir addresses a exchangeif the cryptocurrencies are in one, to request the access codes in the event that you do not have them, you must present documentation such as the death certificate, the last will and testament and a declaration as heir or will.

And Paula clarifies: “if after the death of the owner of the cryptocurrencies, the exchange communicates the keys to the heirs so that they can have access to the cryptocurrencies without, previously, having provided the supporting documentation of the inheritance tax, they may be considered responsible for the inheritance tax that would have stopped being paid by them “.

The comments in the previous paragraphs apply to exchange houses such as Coinbase, which can unlock access to cryptocurrencies (some also allow an heir to be designated in life in order to facilitate the process), but if the deceased stored the cryptocurrencies in a cold wallet (a physical wallet), only knowledge of the keys will allow access to its interior.

In that case, it is usually recommended that if someone is in that situation, they include an access route to them in their will, or entrust the keys to a person of extreme trust, worth the redundancy.

This part is thorny insofar as depositing the access codes in another location accessible by a third party can lead to a theft of the cryptocurrencies, so should be especially careful.

If the deceased had this wealth in a physical wallet and did not leave anything planned in the event that he died so that his relatives could access the cryptocurrencies, it is highly unlikely that it can be solved posthumously. A part of the 4 million bitcoins lost forever that are considered to exist It has to do with cases like this. Hodler until the end.

Making batteries for electric cars will be 22% more expensive in just four years. The key: the scarcity of raw material