Can my Smart TV be hacked? It is a question that, although it was not so recurrent a few years ago, with the new technologies has been increased, making the security of these devices not as exclusive as we think. So the answer is yes: they may have hacked us. But how to find out?

Smart TV is also at risk of being hacked

One thing is clear about this: as an IT security expert demonstrated during the last conference of the European Broadcasting Union (EBU), 90% of smart tvs like any Smart TV that was sold during the past year they are vulnerable to this attack.

The attack in question consists of nothing more than broadcasting an infected television signal that can deceive practically any device on the market, and what this signal does is launch a code that gives the attacker complete control of the television.

This is because this class of new generation TVs connect to the Internet and network connected devices (as you may have learned the hard way) can be hacked. This doesn’t mean we should stick with an old-school tube TV, but it does mean we’ll have to be a little more cautious when setting up and using our Smart TV.

The weakness is in your software

Of course, nobody is going to tell you that your device has been hacked, so what you have to do is look for some clear signs that are associated with a intrusion. In this context, the big problem with Smart TVs is that they have much simpler software than other devices such as a smartphone or a desktop computer, so they are relatively easy to hack.

On that basis, TVs can also be cyber-attacked or infected by computer viruses that, in the least of cases, can only slightly affect performance. In extreme cases it can be a espionage vehicle. 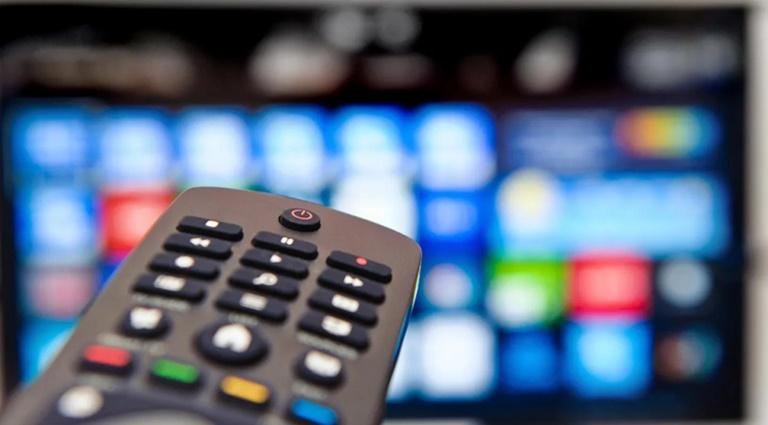 Towards this, and being one of the most recommended measures, is that we opt for not always have the WiFi connected. In fact, if we are going to watch any television channel, or watch a movie through an external hard drive, you do not need to have the Smart TV connected to the network. Also, in the event that you later want to watch that Netflix series that you have pending, you only have to press two buttons and your television will recover its Internet connection. But how to find out?

The easiest way to check

Turns out there’s an easy way to tell if your TV is being used to spy on you. The hack that causes your TV to be in false off mode can be detected with a simple visual check. When your TV is in false power off mode, the screen turns off and the LED on the back turns off as normal.

However, your television is still receiving power and some of its systems are still operating. The way to know if this is happening is to check the back and if you see that, being off, the Rear blue LED is on… we can be victims of a more or less important hack or hack.

Also, and being the easiest way to find out; we can or upgrade our tv to the most recent version, or if applicable, access the monitoring systemas shown below.

The best games presented at the Xbox & Bethesda Showcase 2022

The best games presented at the Xbox & Bethesda Showcase 2022