The answer to how to improve plastic recycling could be right under our noses. Rather, under our feet. A group of researchers from University of Queenslandin Australia, has just verified the surprising capacity of the “super worms” Zophobas morio common —a type of larva common in pet food—to devour polystyrenea polymer that is frequently used in packaging and is one of the biggest headaches in recycling.

Now, they are looking for a way to learn the most from these fleshy larvae.

What exactly does the research say? That thanks to a bacterial enzyme located in your intestine, Zophobas the dying are able to eat and digest polystyrene, a type of plastic that we use frequently every time we want to pack a package, in CD cases or in disposable cutlery and that is not easy to recycle. Getting rid of it is so complicated that its remains often end up in landfills or increasing microplastics in the oceans.

different menus. For come to that conclusion, Dr. Chris Rinke and his team at UQ raised a group of “superworms” for three weeks on three different diets. One received a bran-based menu, for example. other polystyrene. “We found that ‘super worms’ fed a Styrofoam-only diet not only survived but even marginally gained weight,” says Rinke: “This suggests that they may be able to derive energy from Styrofoam.”

The secret is inside your body.Effectively, as the doctor recognizes, the key is probably in the intestinal microbes of the larvae. “The ‘super worms’ are like mini recycling plants,” Rinke jokes, explaining that Zophobas moria they use their jaws to crush the plastic and then the material, already swallowed, passes through the bacteria in their intestines.

“The decomposition products of this reaction can be used by other microbes to create high-value compounds, such as bioplasts”, explains the UQ expert.

The goal: take advantage of the process… without the worms. Although during the experiment the researchers verified that the “super worms” fed with plastic survived, gained volume and managed to complete their transformation into beetles, polystyrene does not seem the best option to feed these creatures. How to sign AFP, the tests revealed a loss in the microbial diversity of the intestines. In other words, “super worms” may be able to survive on Styrofoam, but it’s certainly not their most nutritious and healthy diet.

There would be ways to avoid this handicap, such as completing your plastic menu with other foods, such as waste or agricultural products; But the real objective of the team is different: to understand and imitate the process that allows the “super worms” to crush and digest the polystyrene to later transport it to recycling plants. “Ultimately, we want to remove ‘super worms’ from the equation,” admite Rinke to the AFP agency. The challenge now is to find the best enzymes and even strengthen them. At the end of the chain, bioplastics could be obtained, for example. 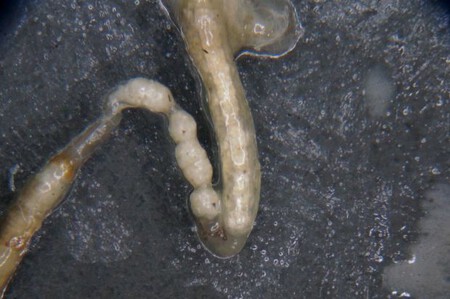 A path that has already been outlined before. The one from the University of Queensland is not the first team to experiment with the possibilities of plastic degradation with larvae. five years ago a group of researchers already checked the capacity the capacity of the larvae of Galleria mellonella for a similar purpose. For example, wax worms and mealworms have been reported. The logic that they have now followed in Australia is clear: if it works in those cases, why not try larger “super worms” and, perhaps, also have a greater capacity to remove plastic.

The challenge: improve the recycling of plastics. Recycling plastic is not easy or cheap, and if we want to improve the process we must face significant challenges. From the outset, the collection process is generic and does not differentiate between the different types of material. The diversity of metrics also does not help to shed light and to know what is the level that is reached in Spain. EUROSTAT calculates that in 2019 69.6% of packaging was recycled, a percentage that at OCU reduces to just 30% and Ecoembes elevates at 87%. In the US, without official data, those of 2014 point a park 9.5%.

There are other alternatives on the table, such as chemical recycling or even incineration, but they also present important challenges, such as the generation of greenhouse gases and pollutants. Degradation with the help of larvae adds an interesting option.

Pictures | The University of Queenland

We use so much cement that it has become a serious problem. Solution: replace it with garbage