We are generating thousands of tons of chicken bones a year. A company wants us to eat them

If in the future, a very, very distant future, an extraterrestrial archaeologist were to start digging on Earth in search of fossils with which to understand humanity, he would most likely get fed up with unearthing little splintered and whitish shards. It would not be microplastics. Not cement. Not those known as technofossils. What he would shovel out of the Earth, every two by three, would be tiny chicken bones. The remains of the dinners of entire generations of humans.

We like chicken. And we like it so much that we grow huge amounts on our farms… and we generate no less waste. Four years ago a group of researchers began to do the math and came to a surprising conclusion: chicken bones will outlive us as a civilization to end up as a marker of our passage through the Earth.

Now a Finnish startup has found a peculiar formula to reduce that enormous mass of bone waste, the offal of our meals: that we eat them.

We can not deny it: we crave the chicken. The data speaks for itself. At least in 2018 the permanent population of domesticated chickens exceeded 22.7 billion birds. Seen another way: if we added the animals that we have spread out on our farms and pens at all times, there would be on the planet almost three times more chickens than humans.

Logically, we raise so many birds because we eat them so often. In 2014 alone, around 65.8 billion, about seven and a half every hour. If half a century ago poultry constituted about 15% of all the meat consumed in the world, today that percentage has more than doubled to represent more than 36%.

More chickens… and bigger ones. Over the decades we have not only expanded our pens; we also increased the size of the chickens themselves. In 2014, a group of researchers from Canada analyzed how the birds that reach our table had evolved and discovered that, with the same type of diet and breeding, a modern variety grows up to 364% more than another from 1957. With the same time care, today we have chickens almost five times larger.

We have adapted both the fattening species to fit our needs and the demands of the market that their breeding cycle already lasts five to seven weeks. After a month and a half, in fact, the mortality rate it shoots. “The rapid growth of muscle tissue in the thighs and breasts leads to a relative decrease in the size of other organs such as the heart and lungs, which restricts their function and therefore their longevity,” experts point out.

cheap and widespread. The key to its success is responding —as recognized by the Food and Agriculture Organization of the UN (FAO)—to a combination of three factors: “It is affordable, low in fat, and faces few religious and cultural restrictions.” According to Statista data, in Spain the average price of a kilo of pork in 2020 cost around 6.31 euros and that of beef 9.84. The data is far above in both cases of the 4.48 for chicken meat.

The “B side” of our poultry passion. It is calculated that if we added the mass of all the chickens on our farms would outperform the rest of all the birds. That excessive fever for the consumption of wings, thighs and breasts is clearly appreciated now. And it will be appreciated even more in the future.

An article published in 2018 in Royal Society Open Science concluded that the remains of Gallus gallus they will leave a unique trace of our passage through the Earth. One of the great keys to this fossil legacy is where the remains end up: many end up in landfills, which alters the decomposition process that they would undergo if they were in nature.

What if we ate them? I know, put like that, it doesn’t sound like a very good idea and it certainly doesn’t sound too appetizing; but a Finnish company, SuperGround, has come to the conclusion that it would not be a bad idea. Its objective is not so much to reduce the waste we leave when eating chicken, as it is to find new formulas that help make its production even more profitable, reduce the environmental footprint of raising each of the birds and, incidentally, contain prices. .

The startup idea —reports Wired— is to process bones with remains of meat attached to later mix them with vegetable protein and make a combination that will be incorporated into foods made with ground chicken, such as nuggets or meatballs. From the company they defend that in their food “the bone becomes virtually indistinguishable from other components”. Not even with the help of a microscope, they say, would their remains be appreciated. The nuggets and other foods that are made with his method include, in the end, between 5 and 30% of the mass from bone remains. 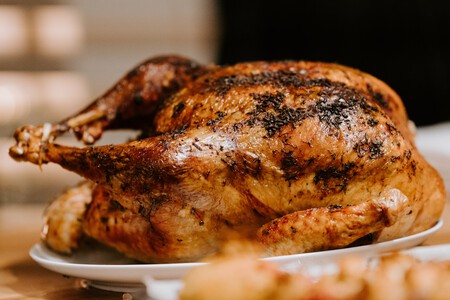 A proposal with advantages… If the SuperGround proposal goes ahead, it could present important advantages. One of them is that it would help reduce the enormous mountain of bones that we have built for decades every time we feast on wings and thighs.

Its promoters also point out that it would limit the environmental footprint of each kilo of meat and its cost, which could affect prices. Although chicken has traditionally been an affordable food, in the sector there are voices that alert since it is not immune to inflation or the war in Ukraine and how, at least in certain markets, its meat could end up being equal to beef.

…and also challenges. For the idea of ​​SuperGround to prosper, of course, it will have to overcome some important challenges. Perhaps one of the main ones is to overcome the reluctance of the consumers themselves. Chicken bones are already widely used in the production of pet and livestock food, another way to dispose of waste and prevent it from ending up in landfills.

All attempts to regulate the internet by the governments of Spain: from the Gag Law to the Digital Decree

The new Amazon Fire 7 doubles its RAM, launches USB-C and continues to bet on value for money