The Pontevedra metro is probably the most peculiar in Spain. With the main cities betting on electric transport, hydrogen, VMP public fleets or shared vehicles, in Pontevedra they have opted for the most practical: a metro service that works… on foot. Literally. For years, the city has had a network of walking routes, with routes that form the backbone of the town center and allow you to get to any point in just 20 minutes.

The service is called Metrominuto and it may sound like a kind gesture, a naive campaign to encourage residents to leave their vehicles in the garage and dedicate themselves to kicking around their city; but in the case of Pontevedra it is much more, an authentic planning so that people move efficiently on foot. And it is for a very simple reason: in the center of Pontevedra almost no cars.

23 years agowith neighbors, merchants and part of the political class against, the municipal government of Pontevedra decided to take a radical turn in its mobility policy, restrict vehicle traffic in its urban area as much as possible and initiate an ambitious process of pedestrianization.

In August 1999, a month after becoming mayor, Miguel Angel Fernandez Loresof the BNG, issued an ordinance to remove hundreds of vehicles from the center and begin the pedestrianization of around 300,000 square meters (m2). Not bad in a township 118.2 km2.

A risky step more than 20 years ago 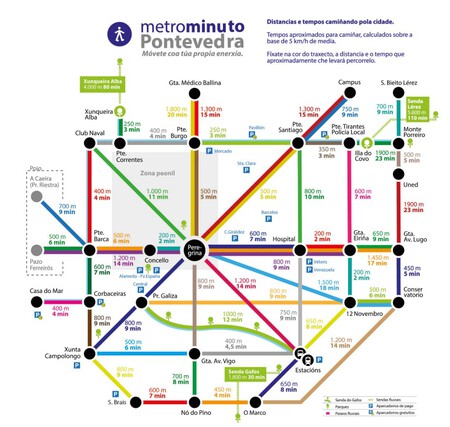 Today the winds may blow in another direction, but in the late 1990s, a time of fat cows, people were more focused on buying the latest Ford Focus or Peugeot 206 than driving cars out of town. For Lores and his team, the measure cost them rejection and a long fight. Two decades later, however, he is still in power and Pontevedra has not stopped receiving recognition for a pedestrianization model that is an international benchmark.

The city has starred a report in The GuardianHe received the United Nations (UN) Habitat Awardserved as a model for other cities inside y outside of Spain and handles some figures that speak for themselves. Of the 80,000 vehicles that circulated through the urban center at the end of the 90s, had passed in 2018 to just 7,000 and both CO2 emissions and the accident rate have plummeted: the first fell 70% and in the second, the balance of deaths in traffic accidents went from 30 registered in the decade 1996-2006 to just three between 2006 and 2016.

In February 2021, the city was actually celebrating a milestone that sounds like science fiction in most large metropolises: his first decade free of deaths in urban traffic accidents. It has its logic: 70% of trips that the people of Pontevedra used to cover by private car are now completed with a more ecological and healthy alternative, on foot or by bicycle.

This Spanish city has been car-free for 19 years. 12k people have moved into the city centre since the ban. The Mayor says vehicles don’t have more right to public space than people — & he’s been re-elected 4 times since banning cars. Pontevedra via @WEF: pic.twitter.com/RFwvJsUCKj

More than 20 years later, the transformation of the city is still active and bearing fruit. For example, the City Council finalizes its Sustainable Urban Mobility Plan (PMUS), which sets the goal —how do you pick up The voice of Galicia— of “annually gaining 4,000 square meters for pedestrian or shared space” and betting on the implementation of a single platform in which vehicles and pedestrians can coexist, who would enjoy a preferential role. Over the last few years, the city has also reduced his top speed a 30 km / h or including 10 km/h.

Whether it is related or not, it may be linked to a greater or lesser extent to its peculiar model of urban mobility, the truth is that in recent years Pontevedra has not fared badly on other fronts. For example –details elDiario.es—, despite the demographic winter between 2009 and 2017, its urban center gained 12,000 inhabitants. The trade also registered a good drift, free of large commercial surfaces and with a high percentage of neighbors who go on foot to buy. 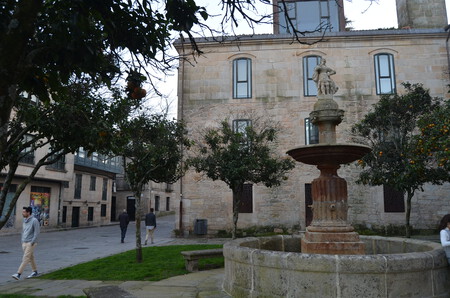 How was the transformation achieved? Apart from the fundamental political commitment of Fernández Lores’ team, and the desire to return 1.3 million square meters pedestrians, converting car parks into terraces and gardens, changing traffic lights for roundabouts and opening underground and peripheral car parks to make it easier for cars to stay outside the urban area, Pontevedra has a great advantage on its side: its own urban physiognomy .

The city is small and compact, six square kilometers, with only 83,000 residents and an important weight in its economy of the services sector and public administration. Its size facilitates initiatives such as Metrominuto and reaching the main urban points with short walks.

Even with all those natural advantages on your side, the process has not been without its challenges: the didactics it has been crucial to achieve its current model and there are still critical voices with the new pedestrianization plans. That without counting who point that by taking cars out of the urban heart what has been done is to penalize the periphery or that there is a lack of parking spaces.

With strong and weak points, there is no doubt that over the last two decades Pontevedra has managed to become a benchmark that is still looked at today other cities in the world.

All available options to turn on the computer