There was a time when the jailbreak it was a more or less popular practice to get around Apple’s limitations and personalize our devices. That was a good handful of years ago, but the method could be experiencing a “renaissance” in the most unexpected country and climate: the Democratic People’s Republic of Koreathe country ruled in short by Kim Jong-un.

A report from Lumen and 38 North shows that some North Koreans are tweaking their smartphones despite tight government restrictions. The mechanics are similar to those that were frequently applied in Spain a few years ago —in 2013 our country was in top 10 downloads of evasiOn, the jailbreak of iOS66—. Of course, the motivations change.

If it is mainly used here to install apps and software tweaks that force the manufacturer’s bans to be circumvented, what North Koreans are often looking for is circumvent control of his government.

Internet access for North Korean citizens is quite different from what we are used to in Europe. Only government-approved devices are used to begin with, such as Pyongyang 2423 and 2413 or the Taeyang 8321 tablet, with a series of peculiarities that favor executive control. For example, for years devices couldn’t connect to Wi-Fi, and devices come with an app, Trace Viewer, that takes and archives random screenshots.

“It’s a standard feature of all North Korean smartphones and an ever-present reminder that big brother is watching when the phone is in use. The software takes random photos while the phone is on and stores them in a directory where they cannot be deleted.” pick up the reportwhich recalls how in its first versions the app allowed users to see screenshots, an option that ended up being disabled.

Also access to wireless networks has its peculiarities. After verifying that a foreign embassy was offering open Wi-Fi, in August 2014 the North Korean government activated control measures and restricted the possibility of mobile phones to connect. In 2018 established own network in Pyongang, Look. In addition, it also applies a digital signature system.

“One of the most important control mechanisms used by the North Korean state is a digital signature system which checks if apps can be installed or media displayed. It’s the basis of most device control,” analysts abound. The surveillance method debuted in 2012 and expanded widely over the next two years.

Faced with this strict control scenario and despite the sanctions they risk, there are North Koreans who have decided to alter their devices to circumvent state supervision. In the study they specifically interview two hackers who ended up leaving the country: a computer science student from the Kim II Sung Universityfrom Pyongyang, and a software engineer who worked for a state-owned company in China and smuggled pirated software into Korea.

During the interviews, the report reveals, it became clear “the existence of a small culture of piracy within North Korea.” “While it is difficult to estimate how many North Koreans modify their phones, and respondents did not seem to think it was a widespread practice, the existence of this particular report would imply that it is happening to a sufficient scale enough for the authorities to be aware and potentially concerned,” the text states. 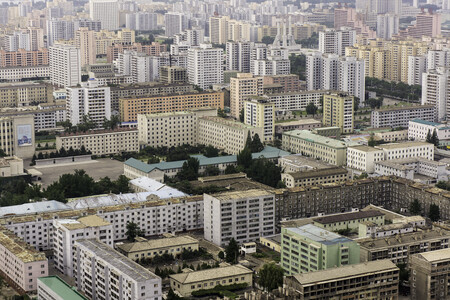 Dissidence or the desire to consult international sources of information prohibited by the North Korean government are not the only reasons for jailbreaking and altering a cell phone in Pyongyang. Some people do it for a much more mundane reason: to make money.

“The motivation for piracy was not always related to breaking state control over unrestricted consumption of illicit media. Sometimes phones were hacked to wipe file memory to fetch a higher price on the second-hand market.” write down.

Whatever the motivation, hackers report how after modifying smartphones, their users could install prohibited apps, such as games, and access media or watch programs and videos from countries like South Korea. Thanks to the jailbreak, they were also able to delete screenshots they had made the devices as part of the official surveillance system.

The new series of ‘Willow’ presents trailer and release date, with all the naive charm of the 1988 film

Send messages or call by WhatsApp to a foreign number, is it free?

DeLorean Alpha 5: Doc returns with an electric car linked to an NFT and that we can only see on the circuit