After six years of development, in which they taught us concepts and prototypes, the Dutch company Lightyear has finally taught the ultimate version of your solar electric car. The first of its kind and with the ability to last up to seven months without recharging in the sunniest regions, thanks to the solar panels that cover its entire upper roof.

Formerly known as Lightyear One, has been renamed Lightyear 0 and has been presented along with its technical characteristics. It will not be a cheap car, but it will be unique in its kind. This is all it offers. 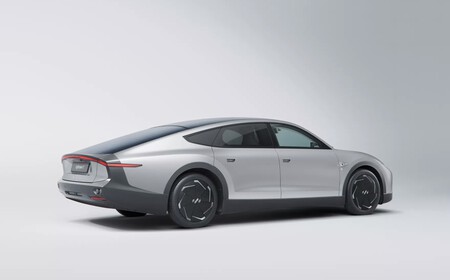 The Lightyear 0 is an electric car, with a 60 kWh battery pack, which will come with a autonomy under WLTP cycle of 625 kilometers and a consumption of 10.5 kWh/100km. It is considerably less than the 725 km of autonomy that was promised three years ago. However, it is necessary to differentiate the reserve offered by the battery from the autonomy it achieves thanks to the solar cells.

Con almost 5 square meters of solar panels, the Lightyear 0 will allow to add about 70 kilometers a day. A considerable addition that will also allow you to use the vehicle without having to recharge it.

How many? According to Lightyear, taking into account that the driver averages about 35 kilometers a day, the vehicle can be used without recharging for a few months in areas with cloudy weather and up to seven months in the sunniest regions, such as southern Spain, used as a reference to obtain maximum autonomy. In total, the maximum annual range that could be achieved with the Lightyear is up to 11,000 kilometers per year. 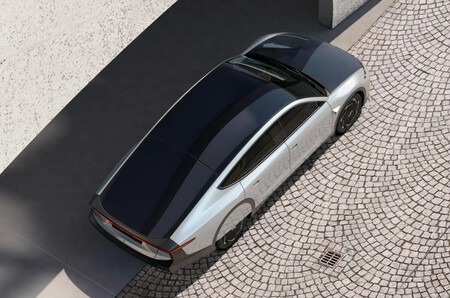 The Lightyear’s electric charging speed reaches a maximum of 22 kW in alternative current, which will allow the car’s battery to be completed in about three hours. In the case of solar charging, the speed is somewhat slower, as is logical, but enough to complete the battery and recovering about 10 kilometers every hour, with 1.05 kW of power.

One of the factors that helps achieve this autonomy is the efficiency of the design itself. The empty weight is 1,575 kilograms, considerably light to be up to five meters long. In addition, it has a aerodynamic coefficient less than 0.19surpassing models like the Mercedes EQS and the Tesla Model S. 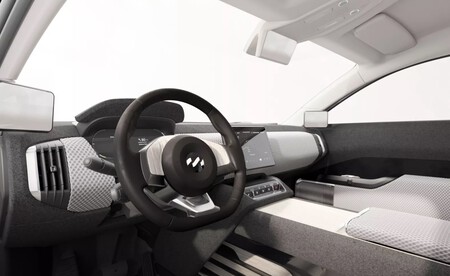 The interior of the car is made from vegetable-based leather and fabrics made from recycled bottles. The company puts the sustainability of the vehicle as one of its strengths. But it is also a practical car, for example with a generous 640 liter trunk.

Availability and price of the Lightyear 0

The Lightyear 0 will start production in Finland this fall, with the first deliveries scheduled for November. The first 150 units will be delivered at a promotional price of around 149,000 euros, although the second print run will be sold for 250.000 euros.

The Lightyear 0 is the first solar car of its kind and only 946 units will be produced. However, as pointed out Electrekthe company already works in an SUV for 2025, with a much more affordable costaround 30,000 euros.

Great battery comparison between the best mobiles so far in 2022: this is the king of autonomy

This is the new Israeli combat tank: without a crew and with a system to transport drones