If we talk about connectivity, Bluetooth is the star. This technology has made it possible since it was invented for thousands of devices around the world to connect to each other, from headphones of all kinds to wireless keyboards, among many others. Today it is rare that we do not use Bluetooth to connect, for example, the mobile to the hands-free car, or to connect our smartwatch to the mobile. However, this technology could have a flaw that could make someone could track us.

Almost any device that we have at home and that is not a few years older allows Bluetooth connections. Even old desktop PCs have this possibility thanks to a dedicated USB dongle. All devices with this technology could have something that serves, unfortunately, to be able to track us.

Bluetooth with own fingerprint

This new information comes from a paper presented at the IEEE (Institute of Electrical and Electronics Engineers) Security and Privacy Conference. According to this study, all devices using Bluetooth would have an individual fingerprint that would allow the user to be tracked if there are sufficient means to do so. This footprint comes from small imperfections when manufacturing the hardware, which would make each one unique.

This might not be a problem with a Bluetooth connection where the user authorizes the pairing, but if with what is known as BLE or Bluetooth Low Energy. This technology is the one used by mobile phones, for example, to connect to smart watches, since it does not use too much energy and allows more stable connections. If an attacker placed a beacon that detected these BLE connections, it would be possible to know if his victim had passed through there, as long as he had previously isolated his fingerprint, as explained in this article that we quote:

Therefore, BLE beacons are now common on many mobile platforms, including: phones, laptops, and smart watches. They will know when the target device is close to the receiver when the receiver capture one or more packets matching the fingerprint of the physical layer of the target. The more frequently the device transmits, the more likely it is to receive a transmission. 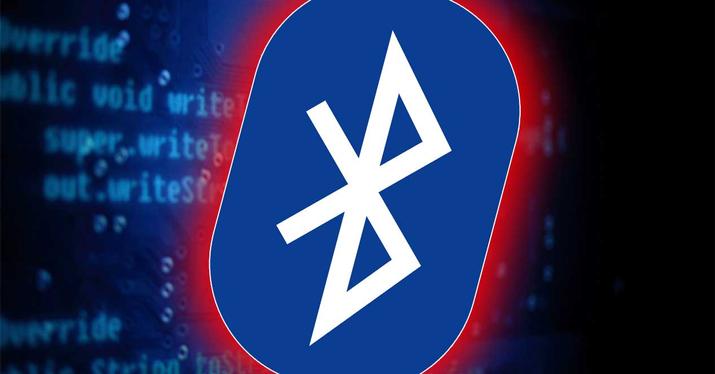 It is not a simple process at all

Although there is the possibility of tracking, the truth is that the process to achieve it would not be easy at all. The attacker should be able to isolate his victim’s footprint in your wireless transmissions to be able to find those unique characteristics that differentiate you from the rest. In addition to this, you would need to have a BLE receiver in a place where you knew for sure it was going to be so that you could track your Bluetooth transmissions.

If we talk about material, according to these researchers it would be essential to have a radio receiver that records raw signals (a cost of approximately 150 dollars). For the process it is also necessary create an algorithm that is capable of isolating the Bluetooth signal and finding two values ​​that determine the fingerprint of the device.

Although this is already enough of an impediment for most people, the truth is that there are more things to take into account. Bluetooth devices have different chips that emit different signals, some being more powerful than others. In addition, the temperature of the environment would also affect this fingerprint, so depending on the situation it would be viable or not. This would force the attacker to have a high level of technological knowledge, not available to just anyone.

At 16 years old and with a DGT card: how the electric car is going to fill the roads with teenagers

The four-day work week is already an electoral weapon in Andalusia. It’s a matter of time before it spreads

The size of cars has grown at a disproportionate rate. There is a solution: a space tax

Daredevil returns in a series for Disney +. The door opens to the rewriting of Netflix’s Marvel series