The ECB has decided to raise rates a decade later. This is how the economy will change from top to bottom

Yesterday the ECB made a historical announcement: after 11 years without raising interest rates, these will rise again in July by 25 basis points, that is, from 0% to 0.25%. It is an advance announcement, since normally the Central Banks simply raise or lower the rates but do not notify in advance.

The reason for this rise is, of course, to contain inflation. Raising rates has some disadvantages for the economy and therefore this strategy of announcing in advance what they are going to do aims to bring the good of the rate hike by surprise but without having to do it right away.

What the ECB has said

Basically the ECB has said that the closing inflation forecast for this year for the euro zone is 6.8%, 3.5% in 2023 and 2.1% for 2024. All this is higher than the inflation target 2% in the medium term. Therefore the ECB has to act, as is its mandate.

One of the measures is that on July 1, its asset purchase program (APP) will end, although when the purchased bonds mature, it will reinvest the principal. The same will happen with the emergency asset purchase program launched during the pandemic (PEPP). This will make the financing of the countries of the euro zone be more expensivewill boost the interest rates they pay on their debt and therefore withdraw money from circulation.

On the other hand, there is the star announcement: in July rates will rise 25 basis points, to 0.25%. And in September there will be a new rate hike, probably another 25 basis points but still undetermined. From there, only uncertainty remains.

The ECB could have done it all at once without anticipating its moves, as it did the American Fed in Maywhich suddenly raised the rates in 50 basis points. But raising rates has negative consequences for the economy: it contains inflation, yes, but at the cost of growth.

In the US they have different problems than in Europe. The economy has recovered strongly, unemployment is at its lowest and inflation is more worrying (because it is spread throughout the economy and not only in energy as in Europe). Therefore the decision there makes sense, to put the patch quickly. In Europe, on the other hand, raising rates could weigh on growth, so a more gradual rise, with advance notice, may be a better strategy. Only time will tell.

How will it affect our pocket?

The rate hike has direct effects on people’s economy. The first is that interest rates spread to the most common financial products, such as deposits or mortgages.

Therefore, variable-rate mortgages, which in Spain are referenced almost exclusively to Euribor, are going to rise in the coming months. We have had years with a negative Euribor and this is not going to be seen again for a long time. How high will it go? At the moment this year it looks like only half a point but if inflation does not moderate the ECB will be more aggressive and the increases could be considerable. 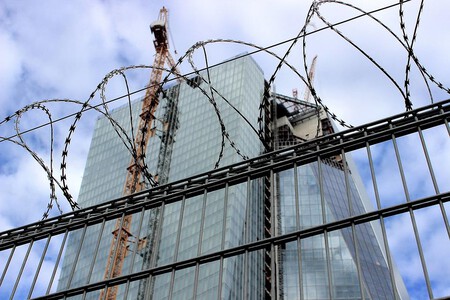 Do not forget that in a normal situation interest rates are slightly above inflation and right now they are well below. It is difficult to forecast that rates will be at 6% in the medium term, but the fact that we have had 10-15 years of very low rates and even zero cannot rule out past history.

On the other hand, this measure favors savers more conservative, since deposits that provide some profitability will be seen again. In fact we have seen it in recent times and after the summer more entities will surely join.

However, this movement can also reduce the profitability of the stock markets, so in the medium term we may not see a progression like the one that the S&P500 has had from the Great Recession to the Pandemic, a historic streak with a return of 452% since February 2009 until February 2020.

How will it affect the economy?

The downside of raising interest rates is that it tends to slow down economic growth. It is much easier to grow with cheap credit than with expensive credit. However, credit is still cheap. Rates of 0.5% with inflation of 6.8% are still negative rates. Even so, any rise in rates will take away some investment from companies, as financing costs rise.

Another effect is that countries will have to start paying more interest on their debt. In the case of Spain, this implies an important item, since we have a public debt of 1,427,235 million euros (2021 data). Spain will spend in 2022 (according to last year’s forecasts, it could change) about 30,000 million euros in interest payments. Of the State expenses, it is the second item, after the payment in pensions (there is an item that is transfer to other administrations that is higher, but that in turn is later broken down into expenses such as education and health).

Despite the fact that public debt has skyrocketed in Spain since 2007 (going from 35% of GDP al 117% of GDP), debt expenses have hardly increased (from 20,000 million to 30,000 million), falling slightly in real terms in recent years. The reason is low interest rates. But if this comes to an end, the State will have to dedicate more and more resources to paying the interest on the debt. And this means less money available for health, education and pensions, for example.

Therefore, we are going to have less growth and the public accounts are going to be even more stressed. These, of course, are effects that we citizens will notice and that is that the war against inflation has collateral victims. 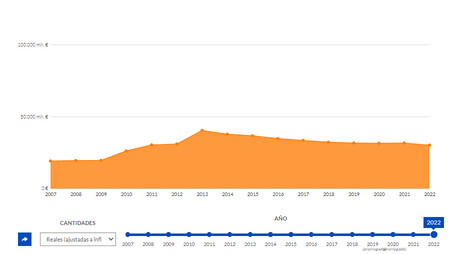 How will it affect tech companies?

Another big affected by this rate hike (not only from the ECB but also from the Fed) are companies tech. These companies have been favored in two ways by the zero-rate policies of the last decade and a half. The first is that since the rates were at zero and the most conservative investments did not provide profitability and therefore they have been moving to the areas of greatest risk. And therefore there has been a lot of money to launch business projects that in a normal situation would not have obtained sufficient financing.

A clear example are those companies that have been burning money without problems for many years, without having a solid plan to achieve profitability: Uber, WeWork or many of the companies in the economy rider they are a good example. These types of companies that only grow and grow without taking the numbers to black are going to have a difficult time obtaining new financing. It is a return to the realism that existed after the crash point com from 2000: projects have to be profitable.

On the other hand, it is true that there are very profitable tech projects: Apple, Google, Facebook and a long etcetera. Even Amazon is, despite the fact that it reinvests heavily in growth, but at any moment it can become a very profitable company since it does not have cash flow problems. However, these projects, however profitable they may be, have had swollen stock prices for a normal situation. The historical P/E (price-to-earnings ratio) of the S&P500 is around 15.

In the last decade it has risen to 30, although so far this year it has dropped to 23.

The best known tech companies have a P/E above 20, even hovering around 30 at the moment, after the corrections that have taken place. Earlier they even had this indicator even higher. And the P/E that analysts estimate for the future is around 20. That is, it is being forecast that profit will grow faster than your quote. No big returns expected after the corrections we have seen. 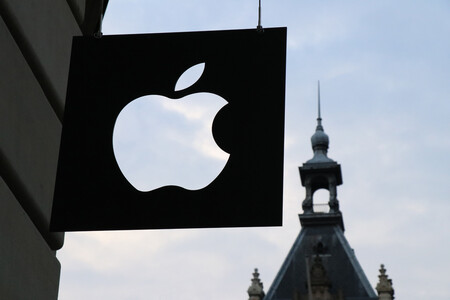 The companies tech Last decade they had a tailwind for their prices: the flight of money from the most conservative investors from investments that hardly gave returns to investments with greater risk. Bond investors may have turned to investments in stable businesses, but investors who traditionally invested in stable businesses went to other, more innovative types of companies. In the end there was a lot of money in the market looking for returns that ended up in companies tech, inflating their prices. This with higher rates will not happen.

In other words, although Apple and company continue to be very profitable companies, their prices they will take time to arrive again to the values ​​that we saw at the end of last year, and if they do, it will be because they are going to manage to increase their profits in a clear and solid way (which, by the way, they have been doing for a long time).

Is there a risk that these companies will not be able to continue to increase their profits? It doesn’t seem like it’s going to happen but there are always risks. If there is a deep crisis caused by the rise in rates, there will be less spending and this affects all consumer companies (such as Apple or Amazon). if there is less startups well financed there will surely be less spending on advertising and this could also affect companies in this sector (such as Google and Facebook). And so on. Nobody is happy that there is no strong economic growth.

Therefore, this rate hike, timid at first, but which could expand in the coming months, is going to change the world of low rates in which we have been involved since the Great Recession and it will affect us directly and indirectly. The best we can do is be prepared.

What is the best smartphone in photography so far in 2022? We let you choose it… Blindly

NASA has just announced when we will see the first full color images of James Webb: the countdown is already underway