Six years later, ‘Pokémon GO’ is still a gold mine. It has exceeded 6,000 million dollars in revenue

July 2016. Summer. Countless people take to the streets to, phone in hand, become Ash Ketchum and get all the pokemon. Six years have passed since then, long enough for any game free to play fall into oblivion or become a minority. But we are talking about ‘Pokémon GO’, and no, it is far from falling.

And it is that ‘Pokémon GO’, six years after its launch, is still a gold mine. If last year, more or less around this time, we echoed that the game had exceeded 5,000 million dollars in revenue, now it is once again the protagonist for having achieved a new milestone: $6 billion. 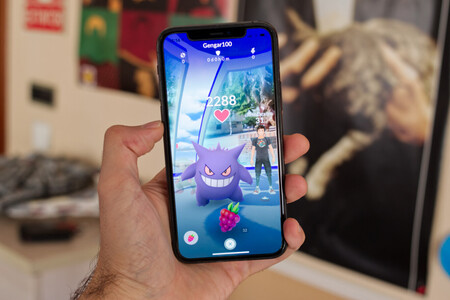 The information comes from Sensor Tower, an analytics firm specializing in applications. According to these data, we can conclude that Pokémon GO has been one of the most lucrative mobile games in history along with ‘PUBG Mobile’, ‘Honor of Kings’ (which will be launched in the global market soon), ‘Candy Crush Saga’ and ‘Clash of Clans’.

It is by far the most powerful geolocation and augmented reality game, and that is not lacking in competition. There are many other similar titles, such as ‘Dragon Quest Walk’, ‘Jurassic World Alive’, ‘Pikmin Bloom’ and ‘The Witcher: Monster Slayer’, but none are capable of overshadowing ‘Pokémon GO’.

The United States is the country that spends the most money on the game, followed by Japan and Germany. To date, the game has been downloaded 678 million times, most of them on Android mobiles. According to Sensor Tower, Google Play represents 76.3% of downloads, while iOS is left with a modest 23.7%. It is also, obviously, a question of market share.

In short, ‘Pokémon GO’ is still very much alive and generating revenue. In fact, there are still massive events that bring hundreds or thousands of people together to play, content updates and new content to complete. Perhaps that is the key to generating a average $1 billion in annual revenue since launch.

NASA expected the James Webb to be hit by micrometeoroids. But not one that big

Closed window or open window: the best method to protect us against the heat according to science