Very stimulating has been the avalanche of trailers for animated series that Netflix has presented as part of its Geeked Week and that so far has already given us a few series and movies. From an adaptation of CD Projekt Red’s ‘Cyberpunk’ to an incursion into the disturbing mind of mangaka Junji Ito. These are some of the advances.

Extremely elaborate aesthetics reminiscent of the half-painterly, half-CGI air of ‘Arcane’. Scheduled for autumn, at the moment nothing is known about its plot, although its urban aspect is already captivating. It is signed by Kid Cudi and Kenya Barris (creator of ‘Black-ish’) and presents in its trailer an authentic cast of stars in the voices.

The controversial but visually very inspiring video game from CD Projekt Red continues to provide previews of the animated series with an anime aesthetic that recreates its ruthless future world. Ultraviolence, anime aesthetics, cyber implants, super hairstyles, all of this in an adventure that is expected in September 2022.

There are no moving images yet, but we did have the mutant and evil horror mangaka Junji Ito announce ‘Junji Ito Maniac: Japanese Tales of the Macabre’, which will adapt twenty of his stories that have never been seen in animated format. Among those he has confirmed is one of his best-known manga, ‘Tomie’, as well as the disturbing ‘Souichi’ and ‘The Hanging Balloons’. It will arrive in 2023. 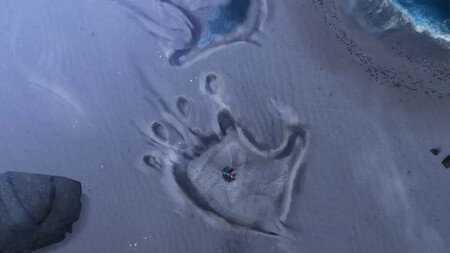 Just one photo of a giant footprint Netflix has given us about its series based on Warner’s Monsterverse. But it is clear that the production, along with the announced adaptation of the adventures of Lara Croft, continues.

China prepares to leave the world without Chinese tourists. And it’s a drama for the global economy

The roads of Spain are full of empty radar boxes: this is how they work according to the DGT

The rise and fall of Fresh Kills, the world’s largest landfill once visible from space