The American studio Naughty Dog has provided some details of its projects at the Summer Game Fest 2022. On the one hand, Neil Druckmann, the director of ‘The Last of Us Parte II‘, he explained that the game’s multiplayer is already, in some ways, as big as his other single-player projects, so it has become a standalone game.

While Druckmann did not share a trailer for the project, he did show off concept art for it. Furthermore, he confirmed that the game will have a completely new plot and new characters. Of course, we still do not know what the location chosen for the development of the story will be, although the images seem to indicate that it is the city of San Francisco.

The truth is that we do not know the name of this title either, which promises to offer “the best multiplayer experience”, but Naughty Dog has promised to provide more details next year. For now, we can only wait to immerse ourselves in the dark and terrifying world of ‘The Last of Us’.

El remake de ‘The Last of Us’

As we mentioned at the beginning, the study provided several novelties. Another one has to do with filtering. remake de ‘The Last of Us Part I’a game that was originally released in 2013 and will now have a new life on Sony’s next-gen console and eventually PC as well. 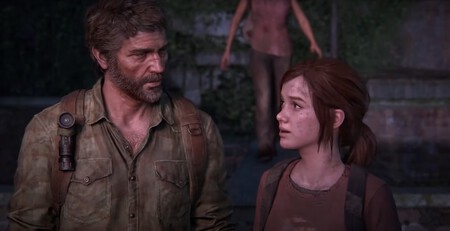 The shared images show us the protagonists Joel and Ellie, who in the original game end up on a journey across the United States after the emergence of a pandemic that turns humans into cannibalistic creatures. A pre-announcement leak promised “a total revision of the original experience”.

Finally, it should be noted that the game for PlayStation 5 will go on sale next september 2 and you can choose between two versions: the standard, $69.99including the “Firefly Edition”, from $99.99which will include limited steelbok and additional ones.

You don’t need Windows to play ‘Doom’: someone has managed to make it work in the BIOS of a PC

Evaporative air conditioner: what are air coolers, how do they work, buying guide and six models from 75 euros