If you want the PC to do better for you, there are things that do not pay you to spend the money

Hello, my name is Javier and I have spent money on PC components that I have then totally wasted. If you are in that situation, welcome to the group. One that is especially numerous because those of us who like technology don’t mind investing in it. The problem is then not to get too much out of the investment.

In fact, this text serves as a small reminder that maybe we don’t need so much. This segment does not stop tempting us with extensions and improvements that can turn our PC into a beast. We have to be there to assess whether we are really going to take advantage of that super processor or that super graphics. And that is why it is worth talking about what things can compensate and what not so much.

Here are two different situations that we talk about in this text. The first, that of a recent example that we have seen and that makes it clear that there are times when a user simply jumps into the pool without the proper knowledge and make mistakes in your purchase of components.

In the second part of the article is where we will do that review that comes from the other perspective: that we often oversize our needs and buy components more powerful than we probably need.

Be careful what you buy

In Gamestar.de —publication of the Webedia group to which Xataka belongs— an editor published these days a reflection about his PC in which he came to a clear conclusion: a lot of money had been spent to get very little performance.

His mistakes were certainly notable: years ago he bought four Radeon X1950 Pro to take advantage of in a configuration with CrossFireX, but in the end he could only connect three — the motherboard wasn’t ready for that many, and the components got in each other’s way. Not only that: the scalability of the solution was poor, and the performance improvement, which was only real in some very specific scenarios, was not worth the investment.

The same thing happened with an RTX 2080 Ti that he bought some time later and that in the end he did not take advantage of because I mostly played ‘indie’ games and not to AAA titles that are usually the ones that squeeze those high-end graphics.

Your investment in a motherboard of 550 euros was also a mistake —it didn’t take advantage of the overclocking options it offered, for example— and it also didn’t hit the mark with a workstation processor (a Core i7 7820X) which again wasn’t the most appropriate for its usage scenario.

I suppose that like many of you, I have also made mistakes when buying equipment or updating it with new components. When you think of your next computer you can often get excited and spend more than you really need. 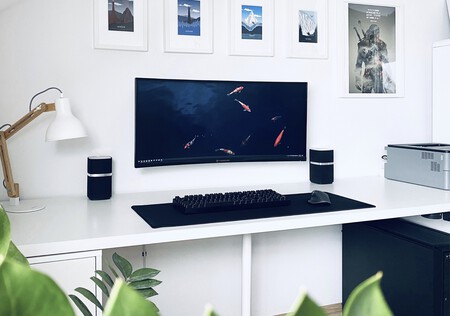 It’s normal, of course. We want to enjoy that team to the fullest and that means that perhaps let’s spend when choosing that processor, graphics or memory that we are not really going to take advantage of.

The example of that editor is forceful, and allows us to review to which components may be less interesting (and which more) if we are going to invest in a new PC:

There are of course other components in which it is possible to invest, but the maxim of “invest in what you use” is once again the one that should guide our purchase decision. Do we really need liquid cooling or that mouse with 26 programmable buttons? Everything counts, and in the end the difficult exercise of being honest with ourselves (“Ugh, I’m still getting excited and I’m not going to use this much”) can save us a lot of money and the occasional disappointment.

We have talked about the case of the traditional Windows PC, but in reality this type of excessive spending and underutilized is common in the Apple segment as well. Studio Macs with the Apple M1 Max or Ultra chips are great, but still not ideal for someone like me (I use a Mac mini M1 for work). Often there is a big difference between what you want and what you really needand recognizing it and acting accordingly is more complicated than it seems.

Having said that, I would like to conclude by making it clear that in the end all this does not matter too much. The reality is that it costs a lot to earn money, so it is tricky to say how to spend it or not: that each one spends it as he considers best: what matters is that you are happy with that purchase, take advantage of it more or less.

The great space pique of recent years is between Russia and SpaceX. And Elon Musk is winning it

The great space pique of recent years is between Russia and SpaceX. And Elon Musk is winning it

One of Tom Cruise’s least seen sci-fi movies is coming to HBO Max: it’s worth getting back

Can they tell where I live from my IP address?

Nobody wants to remember passwords. That is why technology companies have set out to eradicate them forever