Huawei is doing a very good job with its audio products. Their TWS headphones usually have a very good performance and one of the ones we liked the most was, without a doubt, the FreeBuds 4i. These headphones offered good sound, good autonomy and ergonomics and today, a year later, they have successors: the Huawei FreeBuds 5i.

And it is that the Chinese firm has presented the Huawei FreeBuds 5i in its native country, offering an interesting evolution that promises more lightness, better sound and better noise cancellation. In the absence of knowing if they will arrive in Spain (it is to be expected that they will at some point, so we will be attentive), we are going to get to know them a little better.

Much lighter and with LDAC 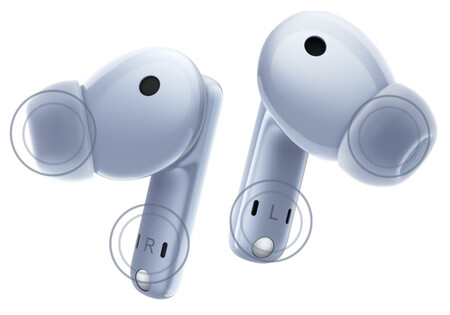 Although the differences at an aesthetic level are not too obvious, there has been a change in finishes (with the appearance of recycled plastic) and a notable improvement in weight. If the FreeBuds 4i weighed 5.5 grams each, the FreeBuds 5i weigh 4.6 grams (like the Sony LinkBuds S). It’s not bad at all. Something similar happens with the case, which now weighs 33.9 grams instead of 36.5.

The headphones have different microphones distributed throughout the chassis to, on the one hand, offer Noise Cancellation and, on the other hand, capture our voice during calls. There is also a touch surface that will allow you to control playback by gestures and raise or lower the volume. 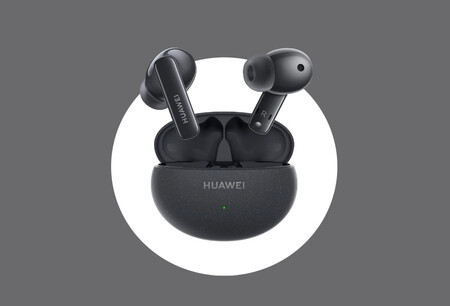 As far as sound is concerned, there is a significant improvement. Although the ten millimeter driver is maintained (not everything is a matter of size, everything is said), the FreeBuds 4i were only compatible with AAC and SBC, but the FreeBuds 5i measure LDAC.

This high definition codec achieves a bitrate de 990 kbpsso we can take advantage of it to listen to music with a higher level of detail (as long as our smartphone also supports it and we have content in this quality).

In addition, the headphones have active noise cancellation (up to 42 dB, according to Huawei), position detection and noise reduction on calls through a dual microphone located at the bottom of the mast. For the rest, Bluetooth 5.2, multipoint connection and a latency of 94 ms, always according to the firm.

Finally, and in terms of autonomy, each earphone incorporates a 55 mAh battery and promises six hours of autonomy with a single charge and with the ANC activated. Adding that of the case, we get 18 more hours, so the day could be reached without problem. The case is charged via USB type C and has a fast charging system that in 15 minutes offers an extra four hours of music playback (without ANC).

Versions and price of the Huawei FreeBuds 5i

Los Huawei FreeBuds 5i They have been launched in China and, for now, we do not know if they will arrive in Spain. We will be pending to update in case they do. In China they are available in black, blue and white and their price is about 84 euros to change.

EA is looking for a company interested in a sale or merger, according to Puck. These are the companies you have already spoken to