Creating images with artificial intelligence is much more addictive than it may seem. We simply write an idea and the generator will return several images with what is described. The first great example we saw with DALL-E 2, but it has a problem: only a few users have access.

Fortunately there is an alternative. DALL-E Mini it’s a open source OpenAI generator (GitHub) and is available for anyone to try.

The images are not so realistic, but anyone can try it

The results of DALL-E 2 are simply amazing. Instead, the most appropriate adjective for the DALL-E Mini’s creations would be “bizarre”. Still, it does a very good job of identifying the parameters we tell it.

To prove DALL-E Mini we can access this space created for the DALL-E Mini demo. Once inside, we only have to write, in English, the description of what we want to reproducetrying to be as concise as possible so as not to add words that could complicate things for the algorithm. 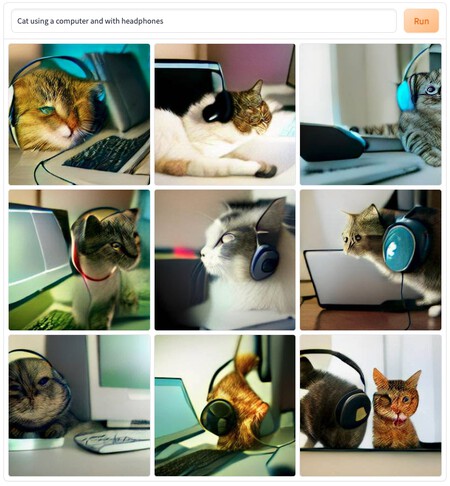 The quality of the images is considerably lower than DALL-E 2, but we can ask you for almost anything.

It couldn’t be simpler. Once pressed, in less than a minute it will return nine images generated based on the described.

In the time that we have been testing it we have chosen “a cat with headphones using a computer”, “Darth Vader fighting Super Mario” or “Tim Cook with Apple Glasses”. The results are questionable to say the least, although they meet expectations. Let’s think this AI is much less powerful than DALL-E 2, but it will help us to play with the ‘prompt’. Those suggestions that we give to the algorithm so that it returns us a result. 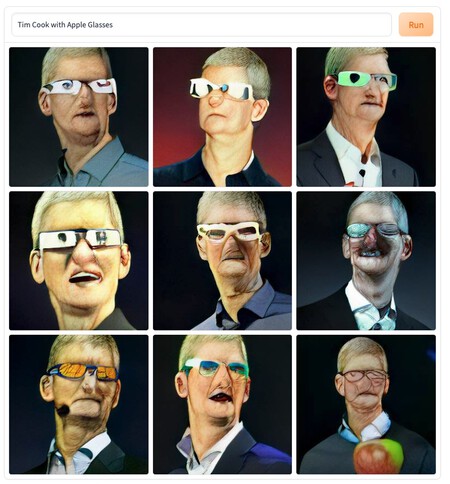 DALL-E Mini works with famous people and allows you to be quite specific with styles, for example “as if painted by Picasso” or “Simpsons style”.

Behind this tool is the programmer Boris Daymawhich developed the app as part of a Google and Hugging Face competition in July 2021. Those who want to know the technical details about how the algorithm works, Dayma himself explains.

Being an open test, DALL-E Mini warns that collects the images without any type of filter by the networkso it could contain stereotypes that go against minority groups or misplaced images.

Those who want to try it, again we remind you of the DALL-E Mini generator link. It is possible that the first attempts give an error due to the high number of users who are testing it, but after a few clicks it has worked without problems for us.

In Xataka | The images created by the DALL-E 2 AI are the most amazing things we’ve seen on the internet in years. So you can see them and order one

15% off at MediaMarkt: nine tech bargains you can still buy