IP (stands for Internet Protocol) addresses are a basic element on the Internet. These addresses are the main responsible for data packets going from one place to another, and since the first steps of the Internet, the protocol known as IPv4 has been used. We cannot fault this one in any way, but the truth is that its time seems to be coming to an end due to the large number of addresses there are. At this point the new IPv6 protocol becomes essential, but, why aren’t we seeing a migration to this?

As we have said above, despite the fact that IPv4 seems to indicate that it is a later version of a protocol, the truth is that it was the first and the one that is still used today. In its beginnings it seemed that the number of possible addresses with this protocol was going to be more than enough, but the technology has evolved so much that is not so at all. We are going to explain to you what both protocols are like, and we will delve into why they are not yet migrating from one to the other.

Differences between IPv4 and IPv6

The IPv4 protocol was released in 1983, so it has been with us for almost 40 years. This protocol uses a 32-bit address, and even if you don’t have much knowledge on the subject, I’m sure you’ve seen addresses of this type on more than one occasion. These addresses have a numeric-only format, where the blocks of digits are separated only by a period. An example of one of these addresses could be 212.227.135.100.

One of the big problems with this protocol is that its limit is beginning to be reached. There are approximately 4 billion of these addresses, and although it seems that there are many, we must take into account that in the world there are millions of devices connected to the Internet, and each one needs one of these addresses. That is precisely where the IPv6 protocol comes in, which will surely end up being the standard. 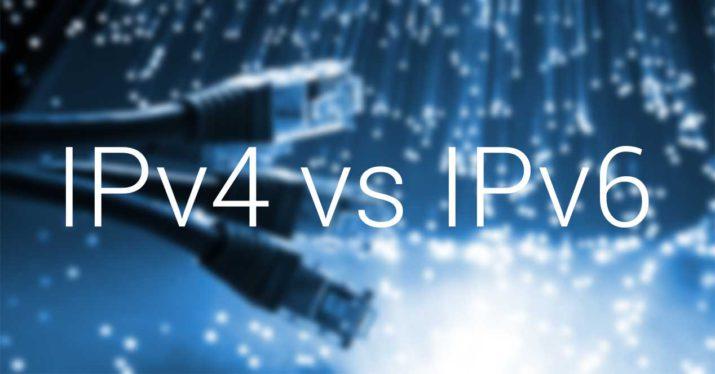 This protocol is an updated version of IPv4, and although it brings several changes with respect to it, the one that stands out the most is in its address limit. The number of addresses supported by IPv6 is 340 sextillion possible addresses. The format it uses is also noticeably different, since in fact these addresses use letters. The separation between the blocks is not done with points, but through two points. The format is 128 bits. An example could be: 2002:0db7:85a3:08d3:1319:8a2e:0371:7355

Why doesn’t the Internet migrate to IPv6?

We come to the important thing. As we have said above on several occasions, the long-term problem with the IPv4 protocol is that the addresses are finite. Little by little we are seeing how more companies are migrating to the IPv6 protocol, leaving many free addresses of this type. Far from freeing them without more, What these companies do is take them “to the market” and sell them in lots.

In a market where we already know that the object in question is finite, the logical thing is that prices rise, but if this market begins to oversaturate, what will happen is that the supply is much greater than the demand, so prices they will end up falling. The other big problem for this is that Internet Service Providers they are not offering almost in any case the IPv6 protocol. Until this becomes a standard among these providers, it will be very difficult for them to make the leap.

We must also take into account that the cost of migrating from one protocol to another is expensive, so companies are still reluctant to take the leap. Sooner or later the solution lies in switching to IPv6 (since in fact this offers lower latency than the IPv4 protocol), but for this we will still have to wait a few years.

The Sun has always been a great mystery. Now perhaps we have found the key: it rotates internally

Realme GT Neo 3T: the “little brother” is not left without power or without a good fast charge

Realme GT Neo 3T: the "little brother" is not left without power or without a good fast charge