The new Chromecast is imminent: the FCC tells us that it will support 1080p content (but not 4K)

The Chromecast with Google TV is one of the best HDMI dongles on the market, but not particularly cheap. Its official price, 69.99 euros, is high when compared to other more modest products from the competition, and that is what Google seems to be almost ready to solve.

There has been talk of a more affordable version of this product for some time, and now new data from the FCC reveal that Google has already registered a new product there that aims to be that future “cheap Chromecast”. According to that registry, the product will not support streaming in 4K, but it will in 1080p.

The Federal Change Commission (FCC) is the entity that regulates and approves new devices in the United States. When a new product is detected there, its launch is imminent, and that is exactly what has happened with that new registration. with a non-descript name: “Google G454V”. 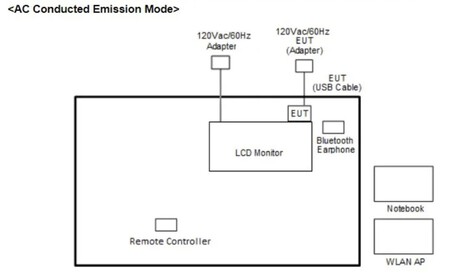 There are no especially revealing images and there is only talk of a wireless device con Wi-Fi 802.11ac y Bluetooth LEbut the diagram of the device seems to make it clear that we are dealing with this new version of Chromecast with Google TV.

In said image the “EUT” is the theoretical Chromecast, and there it is shown how it would be connected to a monitor and to the current. The FCC’s “test use cases” state how the device it would serve for streaming video at 1080p and 60 Hzwhich seems to confirm that there will indeed be no 4K streaming support here.

That of course poses a more modest product than the current one and that logically would also allow it to be offered at a lower price. The question, of course, is if it will be low enough to convince users. We can probably answer that question soon.

They create a liquid rocket engine completely manufactured in 3D