Seat’s electric car will be… Cupra: Terramar, Tavascan and UrbanRebel are the best example

Terramar, Sitges, June 07, 2022. We can mark this day and this date on the calendar. Also the following: Martorell, March 23, 2022. They are just places and appointments with the press, but they are also the small steps that show that Cupra is the future for the Volkswagen Group. And it’s not something that I say, it’s something that belongs to him Wayne Griffiths He pointed out during the presentation of the results of Seat on March 23.

“Cupra is not the end of Seat. Cupra gives Seat a future and the future is electric. The future is Cupra,” said Seat’s CEO in March. Words that begin to become facts with what was presented yesterday at Terramar: three new electrified models for the next three years.

The future of Cupra: Terramar, Tavascan and UrbanRebel

Cupra chose Terramar yesterday to present its next three electrified models. The choice is not random. Earthsea is the oldest circuit of Spain and Seat has chosen it on numerous occasions to present some of its models. In 2018, Cupra made its debut there as its own brand. Yesterday he presented the models that will structure the brand and will finish showing it as its own signature.

The first model to arrive (expected in 2024) will be the Cupra Terramar. An SUV with combustion and plug-in hybrid versions, with new mechanics that promise electric ranges that exceed one hundred kilometers. With proportions that are over 4.5 meters long and will be manufactured in Hungary, at Audi’s Györ plant. It is not difficult to associate it with a sister version of the Audi Q3.

Also in 2024, the Cupra Tavascan. This SUV will be completely electric and will offer a zero-emission alternative below the Terramar and an alternative to the current Cupra Formentor, which already has important plug-in hybrid mechanics. No further details have been offered about this model, except for the confirmation that its image will be similar to the one we saw with the prototype in 2019. 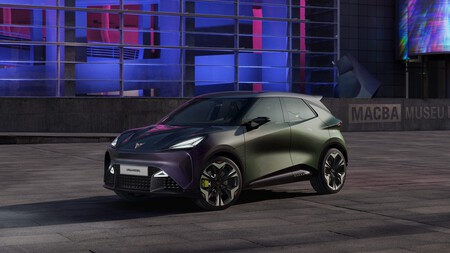 Finally, in 2025 the new Cupra UrbanRebel. This four-meter-long electric utility vehicle will be offered as a sports version among the firm’s small models. It will be manufactured in Martorell and will have a 166 kW (226 hp) engine and an acceleration of 6.9 seconds from 0 to 100 km/h. In addition, it already promises versions of 440 kilometers of autonomy.

The importance of this latest model was highlighted by Griffiths himself, who assured during his presentation that “the UrbanRebel is more than just a car for CUPRA. It is the model that will democratize urban electric mobility”. It was also highlighted that this electric utility vehicle is closely linked to the PERTE project that will serve as the basis for the battery factory that the Volkswagen Group will install in Sagunto. 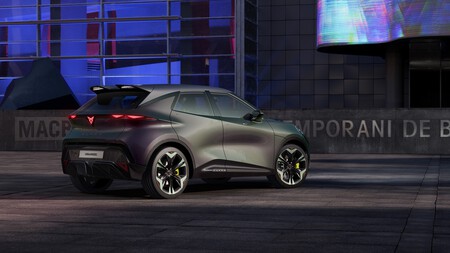 Yesterday’s important presentation of Cupra leaves another idea floating in the air: where is Seat? The Spanish firm sees how each new Cupra launch eats up some of its current models. And there doesn’t seem to be a defined future plan.

Just yesterday, Griffiths himself stressed that the brand’s medium-term goal is “to deliver 500,000 cars a year and drive our international expansion into new markets, as well as enter new segments.” They are exactly the same figures in which Seat was moving before the arrival of the coronavirus pandemic. 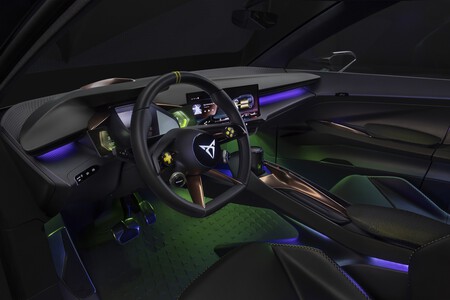 Cupra, who currently lives with the Formentor As the only own model, it has already accumulated 5,468 registrations in our country and little by little it continues to grow. But it is outside of Spain where we must look. Cupra enjoys a good reputation outside our borders and markets like the Australianwhere the sale of and support for the electric car is almost testimonial, have shown great interest in the arrival of the firm in 2022. In fact, one of its flagship models will be the Cupra Born, the firm’s first electric car.

Its good results were also highlighted yesterday by the CEO of Seat: “if we get 160,000 Cupra cars sold, it will mean the half of operating profit What did we win this year? In terms of car volume, Cupra will already account for 40% of the total, but in terms of operating margin it will be even higher this year. We are reaching a point of equilibrium between the two brands, but our Cupra potential has been conditioned by semiconductors, especially in the Born model, but we have room for improvement with what Terramar and Tavascan arrives”, they collect in El Mundo.

In fact, in the same newspaper they point out that Griffiths already points out that “Cupra will already earn more money in 2023 than Seat”. The strategy seems to follow the same one that we have already discussed on other occasions: sell more expensive, although for the time being fewer units have to be sold. Soon, however, it seems that Cupra will sell more expensive and, moreover, more units than Seat.

To all of the above we must add that Cupra has a electrified roadmap well defined. There are already three exclusively electric models on the horizon (Born, Terramar and UrbanRebel) and another SUV with combustion mechanics and plug-in hybrids. The bet is also focused on current tastes: SUV vehicles or SUV aesthetics.

Meanwhile, there does not seem to be a powerful enough electric offensive in Seat. This is limited almost exclusively to the plug-in hybrid versions of the Seat León and Tarraco. The Seat Ateca does not have any version with an ECO or Zero emission label. The ECO label of the Seat Ibiza and Arona is limited to the gas versions. There are, at least, no options with 48 Volt mild hybridizations, which can attract combustion buyers who are interested in acquiring an ECO sticker.

Seat sales seem to have peaked and a large part of its offer is already is stepped on with Skoda within the Volkswagen Group. Martorell will produce the new Cupra UrbanRebel, an electric model that seems to have a much better future inside and outside our borders than the Ibiza. It seems that the reconversion of Seat continues and the balance is tilting in favor of Cupra, which offers a modern image, born with a highly electrified plan in a political context that will almost prevent the sale of purely combustion vehicles. And, as a consequence, cheaper. What is, just, the Seat market.

Telefónica has been testing the four-day week for months. It has gone so well that it extends to the entire squad

The Black Shark 5 and 5 Pro arrive in Spain: official price and availability of these two bestial gaming mobiles