Toyota believes that hydrogen will help cities become more sustainable. The company envisions a future in which our cars or homes are powered by hydrogen cartridgesportable devices designed to face some of the challenges of this alternative fuel: transportation and daily use.

In that direction, Toyota together with Woven Planet has presented his first prototype portable hydrogen cartridge. It is a cylinder 400 mm long and 180 mm in diameter. It weighs 5kg when full, has a small grab handle to make it easier to carry from place to place, and promises to store 3.3 kilowatt-hours of energy.

How does the system work

Toyota says that one of the advantages of its system is that it does not require a complex infrastructure to work. As these are interchangeable cartridges, when one runs out it can be easily replaced with another in a matter of seconds.

Under this premise, it is expected that this type of hydrogen cartridge can be used to feed cars, motorcycles, drones, heating systems and even houses that are not connected to the electricity grid, “first in Japan and then throughout the world”. 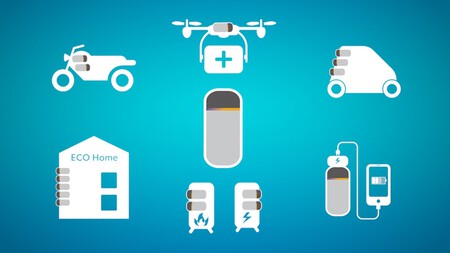 The company, however, is still at an early stage in the development of its project. At the moment it has not provided details on how the refueling stations will work or if the cartridges will work with hydrogen combustion or with fuel cells.

In any case, Toyota seems committed to developing this technology. So much so that in the Japanese prefecture of Shizuoka the construction of Woven City, a city in which he will test several of his projectsincluding hydrogen cartridges. 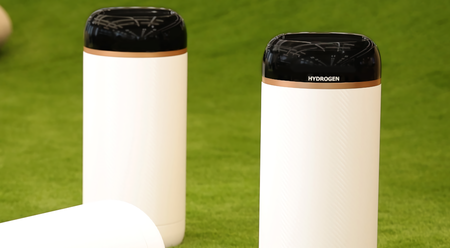 It should be noted that although the use of hydrogen does not generate carbon dioxide (CO2) emissions, obtaining it can be polluting. In general, today it is obtained from fossil fuels using chemical compounds, processes that are harmful to the environment.

However, there are also alternative methods, such as “electrolysis”, which uses electric current to separate hydrogen from oxygen in water. If electricity from renewable sources is used, the process of obtaining hydrogen is carried out without emitting CO2.

The problem? This method, like many other alternatives, is very poorly developed. It currently requires a higher energy expenditure than traditional methods that use hydrocarbons, a disadvantage that translates into a higher cost of hydrogen production.

As we can see, the path of sustainability has many challenges to overcome, even the electric car. Will we then live in a future in which instead of going to the gas station we will change the hydrogen cartridge? We don’t know, but “interchangeable batteries” look very promising.

In Xataka | Spain is a power of wind energy, but it has a great debt with offshore: this is how it aspires to correct it

Netflix creates a new need for us with the ‘Blasted’ trailer: wacky Norwegians fight aliens with paintball guns

Netflix creates a new need for us with the 'Blasted' trailer: wacky Norwegians fight aliens with paintball guns