Toyota points to domestic batteries with O-Uchi Kyuden, its first line of batteries for the home with which it plans to become an alternative to brands such as Tesla with its Powerwall or more recently Renault and Mercedes-Benz. This move is a big step for the Japanese manufacturer, which is transferring part of its electric car technology to the home battery sector.

After several years researching electrical components and systems, Toyota launches into this new market, starting with Japan, where from August it will sell its domestic batteries to construction companies and the real estate sector, so that they can be implemented mainly in newly built homes.

Power for the home to be safe from electrical outages 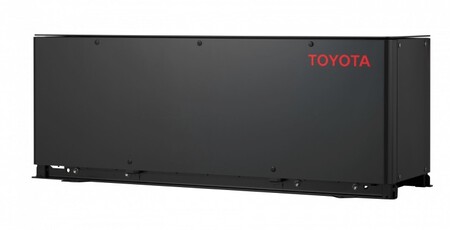 Toyota O-Uchi Kyuden batteries are based on its own battery technology for electrified vehicles. This has a direct advantage and that is that they can be combined with your cars, both hybrids and plug-in hybrids as well as fully electric, in order to use the energy stored in cars as a reserve in case of power failure.

With a nominal capacity of 8.7 kWh and a nominal power of 5.5 kWhthese batteries promise a “totally safe system that allows the supply of electricity to the entire home”.

batteries are compatible with solar panels to be able to supply energy throughout the day. Precisely these domestic batteries aim to supply energy to the home at all times, with the addition that they may be connected to the car in the event of a breakdown or operations are being carried out on the network for maintenance. This supply will be made at 100 volts of alternating current and with a maximum power of 1.1 kWh. Lower than normal, but enough for emergencies. 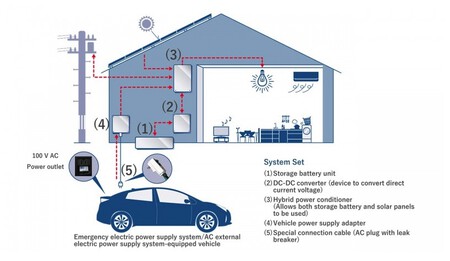 At the level of connectivity, the batteries can be controlled through a mobile application for iOS and Android, where you can see and configure in real time the storage capacity, the operating mode and other settings and statistics.

By comparison, Tesla Powerwalls offer a higher capacity of 13.5 kWh, with equivalent power. However, it is still early to know if Toyota will be able to face it as it intends, since official prices have not been announced. There is also no word on whether Toyota will launch its first domestic batteries outside of Japan. That’s when we can really try to anticipate Toyota’s ambition with these batteries.

Google gives nothing to content creators. Ahrefs launches Yep search engine and will share 90% of its revenue with them

Google gives nothing to content creators. Ahrefs launches Yep search engine and will share 90% of its revenue with them

15% off at MediaMarkt: nine tech bargains you can still buy