Fatigue or sleep (drowsiness) are not good companions when driving a car. These symptoms have a negative effect on attention behind the wheel, which can translate into a greater risk of having an accident. And to avoid them, the DGT has made mandatory a detection system that we must incorporate in our vehicle from next July. But what is it and how does it work?

Many drivers find their skills diminished during car journeys when they are tired or sleepy. Some aspects that reduce reflexes and concentration. In fact, the DGT calculates that of the 20 al 30% of traffic accidents are related in one way or another to fatigue.

It is for this reason that the new vehicles They will have to have a sleep fatigue detector from July 2022 integrated into the same car. This is explained by the General Directorate of Traffic, the road body that maintains that newly approved passenger cars must incorporate eight driver assistance systems (ADAS) as standard.

Due to the effect it has on the human body, the risk of suffering an accident could be compared with that of someone who drives under the influence of alcohol. The problem is that many users continue to ignore this detail and expose themselves to falling asleep while driving. However,what is it about this system of fatigue and sleep that we should have in our car? How is your method?

In this sense, this is a technology that falls within the mandatory ADAS systems of the DGT, which are assistance systems and driving aids, which would help to avoid a large part of traffic accidents if they were incorporated into vehicles.

It was created with the aim of helping solve distractions that are the result of fatigue or lack of adequate attention. Thus, this is a device that aims to avoid possible accidents in situations in which the driver loses concentration at the wheel.

Hence this technology alert the driver When you detect symptoms of tiredness, it is recommended that you stop the car and rest until you are in optimal conditions to continue driving. 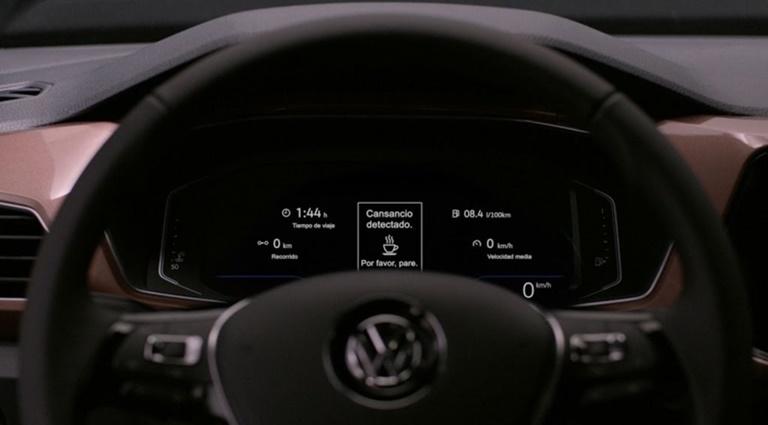 It will warn us through acoustic, visual or sensory alerts

And how it works? Well, this system alerts the driver if he loses concentration at the wheel, either due to fatigue or sleep. In this way, the driver can stop the vehicle until it is in perfect condition to continue driving.

Specifically, the system analyzes the behavior pattern typical of the driver from the beginning of the march. Or what is the same; It permanently evaluates certain data during the journey, such as the angular speed of the vehicle’s steering wheel.

This is when, if the system finds that the steering maneuvers performed by the driver differ from the behavior recorded at the beginning of the trip, it activates a acoustic, visual or sensory alarm, such as steering wheel or seat vibrations. Meanwhile, what it does is assess whether there are constant or too abrupt corrections. 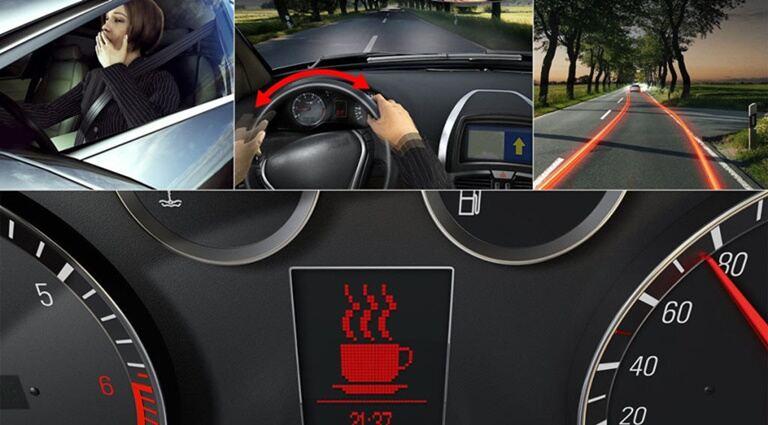 With all this, the fatigue alert system, what it does, emits a light signal on the frame of the instrumentation that warns the driver that he has exceeded the driving time without stopping. This is followed by another message announcing that he must make a stop to rest.

For its part, in the most advanced systems, a camera will also be installed will monitor the movements of the face and the factions, although these are not yet planned for this year. In addition, the engine control unit will analyze the time the engine has been running.