This summer the first prequel to ‘Game of Thrones’ arrives at HBO Max, perhaps the most representative HBO television series in recent years. Expensive, lavish, adult in tone and content, and capable of enchanting an extraordinary number of viewers, becoming a mass phenomenon that has gone far beyond its original purpose of adapting the ‘A Song of Ice and Fire’ books by George R. R. Martin.

In fact, success has meant that during the years that have followed the end of the series we have seen how the rest of the streaming platforms have tried to generate their own ‘Game of Thrones’. Although in the process We’ve seen a revival of the fantasy genre on television, none of which have reached the impact of the original series. Now it is the turn of HBO itself, which after a frustrated prequel project canceled after a pilot and set during the first Long Night, is about to candy another one. This is everything we know about ‘Game of Thrones: House of the Dragon’

When does HBO premiere ‘Game of Thrones: House of the Dragon’?

HBO has announced the premiere for the August 21. So here we will have it a day later, starting on August 22.

How many episodes will the series have?

This first season will consist of ten episodes, like the original series.

Are there trailers for ‘The House of the Dragon’?

Until now we have had two: a teaser that revealed the logo and a somewhat longer trailer where we begin to see characters, environments and relationships between the protagonists of the plot, and that launches one of the slogans of the series: “The story is not remember the blood. Remember the names.” These are the trailers:

What is the plot of ‘The House of the Dragon’?

The series is based on George RR Martin’s book ‘Fire and Blood’, published in 2018 on the sidelines of the main saga, ‘A Song of Ice and Fire’, and the first of two volumes that delve into the history of House Targaryen . 300 years before ‘Game of Thrones’, Aegon the Conqueror, first in a long line of House regents, unites six of the seven kingdoms of Westeros.

And decades later, Viserys Targaryen, a peaceful regent, will run into problems in his reign both within and without his own kind. What we will witness in the series, possibly, and given the characters that the cast brings to life, is the civil war between Rhaenyra and her half-brother Aegon for their father’s throne. It is the event known as the Dance of the Dragons, and one of its effects, precisely, is that the dragons were temporarily extinguished. 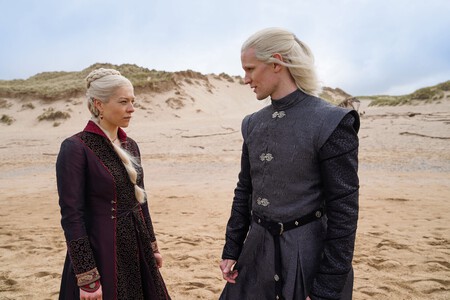 What names are behind the series?

George RR Martin is listed as co-creator, along with Ryan Condal, co-producer of the interesting science-fiction series ‘Colony’ and screenwriter of Dwayne Johnson’s ‘Hercules’. ‘The House of the Dragon’ will be written by Condal and will also be his showrunner, in the company of Miguel Sapochnik, director of some of the most famous episodes of the original series, such as ‘The Long Night’ or ‘The Battle of the Bastards’. Sapochnik will direct several episodes, including the pilot. He also returns to the Ramin Djawadi franchise to handle its soundtrack, after winning an Emmy for his work on the original series.

What cast does ‘The House of the Dragon’ have?

There are big names in this new installment of ‘Game of Thrones’. Among the most outstanding is Paddy Considine, whom we have recently seen in ‘The Visitor’, giving life to the regent Viserys Targaryen. Olivia Cooke will play Alicent Hightower, the king’s second wife, who conspires to bring her son to the throne; Emma D’Arcy will be Princess Rhaenyra Targaryen, legitimate heiress to power, and a Matt Smith recently out of ‘Morbius’ will be Prince Daemon Targaryen, brother of the king and, of course, also a claimant to the throne.

The rest of the cast is completed with Fabien Frankel, who will become Sir Criston Cole of Dorne, an important piece in the civil war that is unleashed; Rhys Ifans is Otto Hightower, the Hand of the King; Eve Best is Princess Rhaenys Velaryony, dragonrider and wife of Lord Corlys Velaryon; Sonoya Mizuno is Mysaria; and Steve Toussaint will be The Sea Snake, nickname of Lord Corlys Velaryon. 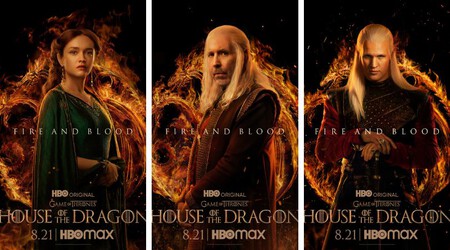 Where was ‘The House of the Dragon’ filmed?

The main locations have been in the United Kingdom. Filming kicked off at the end of April 2021 in Cornwall, South East England, at St. Michael’s Mouth Castle., which is believed to represent the home of House Velaryon. On a nearby beach, Holywell Beach, the famous first promotional images of Daemon Targaryen and Rhaenyra Targaryen were shot. Other places in the country where it has been filmed are Derbyshire, in the north of the country, and in Surrey, southwest of London.

But the filming has also been extended to other areas of Europe. Through Spain and Portugal, without going any further. In Cáceres they returned to some areas that had already appeared in Season 7 of ‘Game of Thrones’, and that have represented the streets of King’s Landing. In Trujillo, near Cáceres, the Moorish castle of the area has been used: again, in the original ‘Game of Thrones’ it was used to represent King’s Landing. Finally, a ruined castle in Monsanto, Portugal, very close to Extremadura, has also been used. 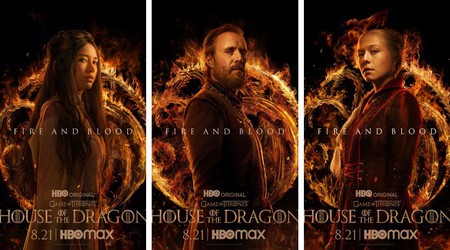 IBM’s autonomous ship Mayflower manages to cross the Atlantic. The mission is not exactly a success

Huawei S-TAGs are motion sensors for runners and cyclists (and no, they don’t compete with AirTags)