The Apple M2 is here: the new generation of Apple chips is more powerful and efficient than ever

They have been expected, but we already have with us the Apple M2, Apple’s second-generation chips that arrive with a notable leap in features and performance, surpassing its predecessor in everything. This promises, and it also does so with a special debut: the new MacBook Air M2 also presented by Apple at this WWDC 2022.

Apple chips arrive with more transistors, more power, and more memory support than their predecessors, and according to Apple tests performance is 18% and 35% higher in CPU and GPU respectively when compared to the M1.

At Apple they have indicated how these chips make use of a 5nm photolithography, like the M1, but it is an improved “second generation” process that has allowed the integration of more transistors: no less than 20,000 million. 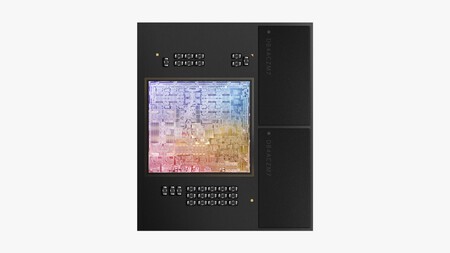 These chips feature a CPU with four high-performance and four high-efficiency cores, as well as a GPU with 10 cores capable of achieving 3.6 TFLOPS of power. The figure is surprising, especially considering that the Xbox Series S has a GPU that is around 8 TFLOPS of power.

This integration also benefits the integrated unified memory: in this case we can enjoy up to 24GB of LPDDR5 memory with a bandwidth of 100 GB / s, 50% more than what was offered in the M1 (which could only reach 16 GB of unified memory). 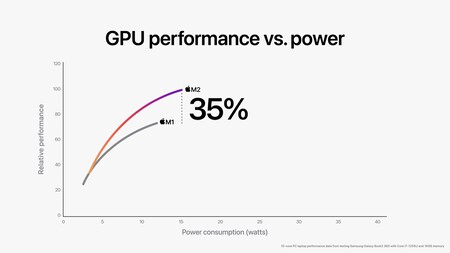 These improvements also reach the section of artificial intelligence, and now the M2 has a Neural Engine capable of processing 40% more operations than the M1 in the same time: up to 15.8 TOPS thanks to this 16-core chip. 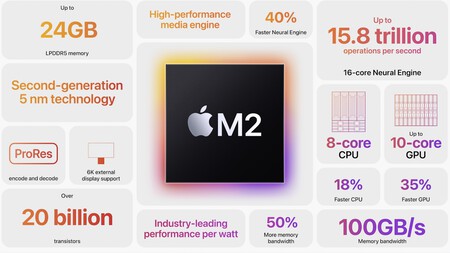 The support of ProRes encoding and decoding joins the support of 8K content and codecs such as H.264 and HEVC -but curiously the AV1 codec is not mentioned-, which makes the M2 once again a powerful ally of content creators (and also of those who enjoy them).

El Apple M2 It also debuts on the new MacBook Air M2, some teams that renew the traditional design – no more wedge shape, we fear – and that of course pose remarkable benefits with these new chips that are a promising evolution of the M1. They will not only be available on those computers, but also on a 13-inch MacBook Pro M2 that, yes, do not change design.

When is iOS 16 coming out and what iPhone models are supported?

PIN2 and PUK2, what are these codes and how are they different from PIN and PUK?

Although it may not seem like it, bicycles have maximum speed in the city and on the highway: these are the fines