Diego Carlos was signed by Sevilla FC in the summer of 2019. The processwhich counted The confidentialwas not capricious: of some 4,000 central defenders controlled by the club, began to limit the use of huge databases through, to those who had better averages than LaLiga in aerial duels won (62%) and long passes completed (43%), among other variables, and finally, among viable options for age, personality, cost and others, the Brazilian was the chosen one. He cost 15 million, gave three seasons at a high level winning a title along the way, and a few days ago he was transferred to English Aston Villa, already close to thirty, for about 33 million euros.

The person who established this model at Sevilla FC two decades ago was the famous Ramon Rodriguez Verdejo, ‘Monchi’, exporter of the Sevilla club who became a legend for his work in the offices. Due to his methodical system of scouting and his absolute faith in using data to make better decisions.

Diego Carlos’s is the latest example, but there are dozens of big businesses that contextualize the success of the Nervión club —beyond the trophies— so far this century. Now, with Sevilla FC as a world reference in the use of big data, the search for a better algorithm to process them is going up a notch: the team from Seville throw a soccer hackathon for create an algorithm that helps break down, understand and evaluate player performance to further improve the quality of your squad. He does it hand in hand with Bengaluru United, an Indian club with which closed a five-year collaboration agreement. hackathon, whose records are openwill be held the weekend of June 10 to 12. 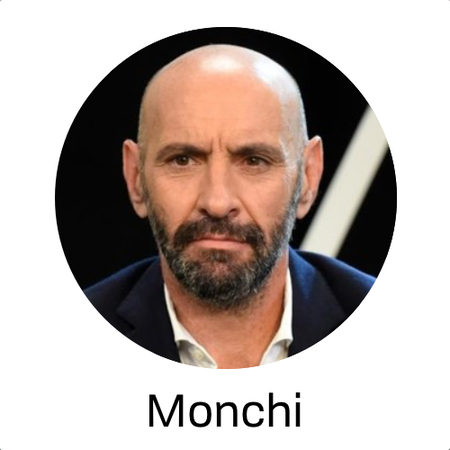 In these two decades —those that Monchi has been at the head of the Sevilla FC sports management— working on the use of data for decision-making, there have been not only better resolutions, but also more refined considerations and detailed definitions of what is sought.

Monchi himself tells it: “We have individually characterized the interesting profiles in each position, both at a tactical, technical and physical level. For example, the left back. What do we think he should have? One on one, center, horizontal pass, dribbling… It is a simple example. That the difference with the center back is always ten meters, that he can make continuous efforts, etc. This is how we have characterized each position in the field with what we believe is most relevant to it. There are others that have no weight, for example in a central we don’t look for dribblingbut it does matter if he’s good one-on-one or has a good lateral clearance.” 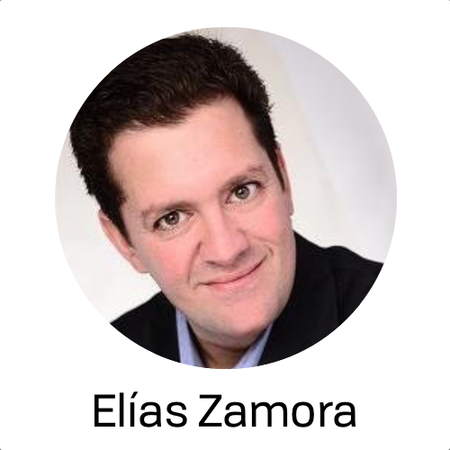 carry that scouting to the next level also goes through this hackathon. details it Elijah ZamoraChief Data Officer of Sevilla FC: “We have been measuring performance, objective and subjective data for many years. So we have many players with both subjective and objective descriptions. Could I explain the subjective perception of this player’s performance based on empirical performance on the field? That is the question we took to the hackathon. We want to understand what data is important to refine my models based on empirical data, so that they are able to recognize quality as a scoutand be closer to my model learning to become a scout First class”.

This objective would be a first step towards being able to scoutear many more games. “I would be creating an algorithm that sees the games as a certain scout, in the same way. But instead of being able to see four a day, at the most, I could see four hundred“, explains Elías. “In the end, the big question is what it means to be a good player as a striker, as a goalkeeper, etc. Our technicians, who have 30 or 40 years of experience, know that, and that’s what I want my algorithm to understand. You already understand the passes a player makes, the goals he scores, his one-on-one… But they are particular measures for a much more global question: what does it mean that a right-back plays well? That’s what I want the algorithm to answer me.”

The individual aspect is not the only one that counts when assessing a player for his possible signing. is also contextual analysis: “When you record it, you have to understand under what conditions it performs very well. Under what circumstances? In what system? Surrounded by which players? With what rivals? Is it independent of that, or not? Am I able to reproduce the conditions where that player performs well? And we talk about what happens on the field of play… But also what happens outside of it”, comments Elías.

This aspect is crucial, and although today it is something that an algorithmic model cannot contemplate, it is another obstacle that will eventually be overcome. Or so Monchi believes: “There are already algorithms that, through the use of social networks, statements in the media, etc., begin to create subjective profiles of each player. We believe that this barrier will be overcome.”

The psychological layer, where the player’s adaptation comes in, his way of reacting to different situations or his lifestyle off the field, is a barrier that the data still does not overcome today… but that will also fall

Elías believes the same: “Understanding the player as a person and having psychological profiles of soccer players is basic. I come from the financial sector. When you hire a senior executive, that person goes through a series of screenings deep enough to be able to characterize it and evaluate its technical capacities, but also psychological ones. That will be key in scouting ten years from now. That you do not sign a player who is a melon to penetrate, but look for profiles of discipline, leadership, resilience… To have people who are more efficient from that point of view.”

The newspaper library is a great ally to determine that psychological imprint, and also the number of opinions that are expressed around football. “The great mine is not to understand what a player says, but what people think about him. That is perhaps the main source of information. A deep analysis of those opinions can help us a lot to characterize the mind of a certain player” Elijah comments. Currently that psychological layer is satisfied with a subjective report.

The key ten years from now will be to systematize it. Although without taking it to an extreme that has not been found with the objective layer either: “The data is only an orientation, I am not located in the extremes, but in the intermediate zones”, explains Monchi. “The data gives you two advantages: it shortens your time and reduces the margin of error. We have pushed back signings that the data gave us as a high level, and vice versa. We seek a balance between data and subjectivity. The data does not He will come to explain the interrelation with his teammates, coordination and communication with them, game situations in which his team is suffering…”.

And beyond the players

Sevilla’s model based on the support of data for decision-making is not only applied to the preparation of the squad, but to many more areas. “Monchi’s classic model is about competing to the limit to be sportingly stronger than his economic capacity would allow. He is now enriched by layers of intelligence and technology, and we are in the same direction in the rest of the aspects of the club: ticketing, fans, etc. Everything that involves generating resources, assets”. Very similar to what LaLiga has been putting into practice for years.

Unlike other companies, a football club has several lines of business that are very different from each other. From the purely sports with competitions and television rights to the sale of merchandisingthe buying and selling of players or the search for sponsors.

That’s where he comes in machine learning. For example, to segment the fans that the club already has identified in its CRM (customer relationship managementa type of software to manage customer relationships), undermine those who arrive through social networks, profiling new ones based on their affinity to assign them to one or another group… “That gives rise to the construction of journeys different, from different paths of loyalty”, comments Elías.

The use of data to make better decisions goes far beyond signings: ticketing and fan relations are other areas where they are also gaining ground

Those journeys They are the same ones that LaLiga spokesmen interviewed by Xataka months ago and that segmentation of the fan into affinity groups is the same one that Dídac Lee, the man who digitized Barça, spoke of in another interview with Xataka summer 2020. A common trend.

It is the way to offer products and services that align with the level of interest and capacity of each one, instead of offering the same product to everyone. Elías recounts a similar experience in a previous position: “In jobs in German financial companies we analyzed using machine learning we saw that a Bundesliga club perhaps only had 30% fans hardcoreLet’s say, and the remaining 70% was very heterogeneous. One of our main projects in the medium term goes along these lines”.

Although as Monchi remembers, not everything happens by chasing the data. “There are always market opportunities, or players that the coach has trained before and they know well, etc. We try to find a balance. Where do we find the blackbird, the great opportunity? When data and subjective information coincide. We try to square the circle. And weigh the level of influence in decision-making with everything else, such as the adaptation that we think Sevilla may have”. that the data is even more complete.

Goodbye to areas without mobile coverage: we will have a minimum of 30 megabytes throughout Spain

Vodafone gives away 3 months of OneNumber in these cases