Apple has just made official, in addition to Watch OS 9, its new version for iPhone, iOS 16. One of the biggest renovations in the history of Apple’s operating system, with more customization, notification improvements, novelties such as a financing and renewal system for many of the system’s key apps. One of the most benefited apps has been CarPlay.

The new generation of CarPlay It arrives with the clear intention of improving Android Auto, and putting long teeth on Android Automotive. More integration within the vehicle, with the intention of becoming part of its interface. This is how CarPlay wants to compete with Google alternatives.

Being part of the car software, more than a complementary app 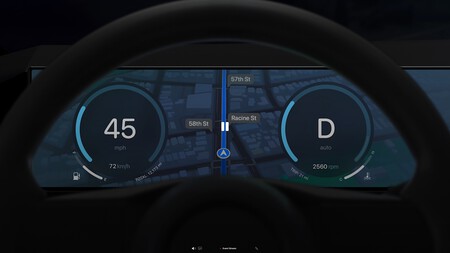 Apple CarPlay wants to stop being that app that allows us to run some apps on our iPhone in the car. The concept is now more similar than ever to Android Automotive. It wants to become a complement to the interface of our car and, in the case of compatible models, be the software itself.

In models that Apple says we’ll see next year, Apple CarPlay will be able to display fuel levels of the vehicle, as well as all the relevant information of the same: gear in which we are going, odometer (kilometers of the vehicle), temperature of the same, etc. 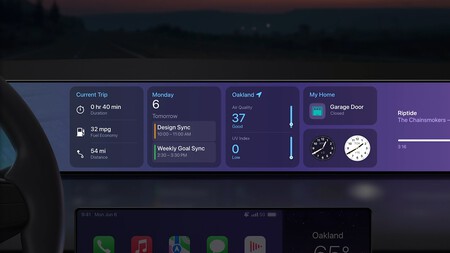 promise adapt to all the screens that the car has, regardless of its size. For the integration to be this deep, compatibility in new vehicles will be necessary. In the previous ones, we will also enjoy new features, such as improvements in the split screen, interface, way of displaying trips and the iOS 16 widgets themselvesbrought to CarPlay.

According to Apple, the new generation of CarPlay will be fully unveiled “in the future”, and we will have news about its integration in the new vehicles of 2023. A great change to compete with a great rival: Android Auto and Android Automotive.

Netflix now wants to make “better and more expensive” productions. In the end, she wanted to be another Hollywood major.