Your next car may not come from the Volkswagen, Stellantis, BMW or Renault factory, but from Sony. Yes, the same tech giant that may have made the headphones you use, your phone, or that PS5 you’ve been dreaming about for several months. The Japanese firm already presented a prototype of an electric vehicle in early 2020 and has teamed up with Honda to stand up to Tesla. It now openly acknowledges that it aspires to become a key supplier to major brands.

The objective: to diversify its line of business. And make sure of its presence in electric mobility, one of the great trains of the technology sector for the coming years.

It is not wanted by Sony or other large conglomerates, which have already started a similar path.

What are Sony’s plans? A few days ago, the Japanese multinational explained that in a matter of three years it wants to supply sensors to 15 of the 20 main automobile manufacturers in the world market. “We expect to be doing business in the automotive image sensor sector with 75% of the world’s top 20 manufacturers in financial year 2025,” said Terushi Shimizu, director of Sony, during a meeting with investors.

If his forecasts are fulfilled, that select twenty firms he has his eyes on will manufacture around 80% of the cars sold in the world in three years. To make it –get moving Financial Times— Sony expects to invest about $7 billion in the development of image sensors between 2021 and 2023, which would almost triple the funds it spent from 2015 to 2017.

A bet that already comes from behind. Sony’s is not a minor objective and clearly demonstrates its commitment to electric and autonomous mobility; but, above all, it confirms a strategy that the Japanese multinational activated long ago. At the beginning of 2020, the company presented its Vision-S prototype, a sedan equipped with thirty sensors designed to monitor both the exterior and interior, and its new LIDAR designed precisely for autonomous cars.

It has not been the only movement in that direction. At the end of 2021 it started its tests and at the beginning of 2022 it took several more steps by launching its own mobility division, Sony Mobility Inc, and announce Vision-S02, a one hundred percent electric model. Perhaps his most important bet in recent months, however, has been the announcement of an alliance with Honda for the launch of new electric models. In March Financial Times pointed that the ultimate goal would be the launch before 2022 and that the first electric model would already be in 2025.

A turn in which Sony is not alone. Sony is not the only technological multinational that has decided to bet fully on electric mobility. A similar path has been undertaken by other large multinationals, such as Xiaomi, Apple or Google. Huawey, for example, presented its first electric motor for the automotive industry at the end of 2020 and – together with Seres – created the Aito brandwhich launched the M5 just a few months ago, an SUV focused on the Chinese market.

Since 2018 it is noted that in Cupertino they are also working on an Apple Car that, according to slides Bloomberg in November, it could be ready in 2025. In the case of Xiaomi, it is noted that the manufacture of the M1 vehicle could start during the first half of 2024 and Google has already been working on Waymo for some time, with autonomous car tests in San Francisco. 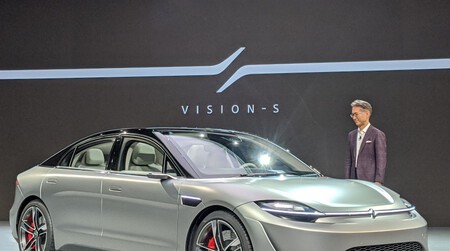 An opportunity no one wants to miss. That’s really the key. In the midst of a transformation in mobility, with fossil fuel vehicles with an expiration date on the European market, a growing interest in autonomous driving and an increasing weight of software, has made large technology companies look with growing interest at the sector of the transportation.

They are helped by the relative simplicity of the engines, when compared to combustion engines, and the bonus for their own brand image associated with a green and clean business model. The great challenge is how to make the leap. Xiaomi seems to aspire, for example, to produce its own cars and control the entire manufacturing process, but there are also alliances in the sector, such as the one announced by Sony and Honda, Volvo and Luminar or Waymo and Jaguar Land Rover.

'The Boys' kicks off its third season with unprecedented levels of violence, venom and incorrect humor

A DANA knocks on the doors of Spain, but it is a mirage: “moderate” temperatures will not return