Sorry, you do not have a fortune of thousands of euros in the drawer in the form of old pesetas

If, like the person writing this, you begin to comb your first gray hair, it is likely that you remember the change from pesetas to the euro, 20 years ago. In its own way the transition was a kind of ceremony, with routines and paraphernalia included. After the new coins came converters pocketbooks, complaints about rounding up, notices to exchange pesetas… And —as the years went by— advertisements that sold you gold and Moor about how much those old hard ones that you could still find from time to time in the bottom of a drawer were suddenly worth.

Things of life, those 100 peseta coins or the perforated pieces of five duros seemed to be worth more when they were retired than when they were in perfect legal tender. It was said, for example, that by exchanging a single old peseta you could get 20,000 euros. Behind those statements, however, there was a lot of exaggeration and excess. it happened then. Y it still happens now.

The years go by, but not the promises. The euro has just celebrated its first two decades with us, but there are certain things that have hardly changed in recent years as a common currency. In 2017 you could meet news that claimed that you could get to exchange a single peseta for several hundred or even 20,000 euros and today, with the exchange of currency closed in the Bank of Spain, they continue to come out informations that point in the same direction: how with a single coin you can raise enough money to allow yourself a good vacation. 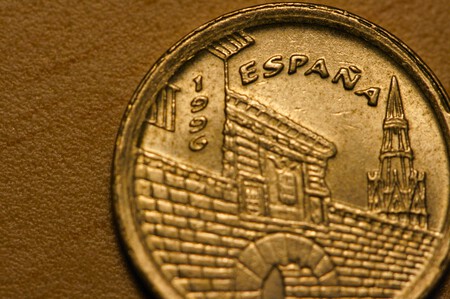 The key: around 1,600 million euros. The truth is that despite the fact that we have spent two decades dealing with euros and the possibility of exchange closed in June 2021, we Spaniards still have peseta accounts in drawers, pockets and under furniture. To be precise, they are more than just a few. According to the data handled last summer by the Bank of Spain, we have been left with pesetas for a value of €1,575 million.

The banknotes represent about 793 million and the coins, with a lower value, 782. At the exchange, they come out more or less about 30 euros per head. The million dollar question is… How much are those papers and metal pieces really worth, beyond their sentimental and historical weight? Will we get some numismatics fan to give us hundreds or even thousands of euros for them?

When logic is a good adviser. You may not remember the transition to the euro, but it is likely that, with little effort, you will be able to find a few pesetas at home or at a family member’s. It probably comes with moving some furniture, rummaging through the folds of an old armchair, opening drawers or taking out a jacket that has been in the attic since Aqua’s years. If it’s so easy to find them the conclusion is obvious: the supply is high and, consequently, its demand in the collecting market will hardly reach astronomical levels.

Several years ago Adolfo Ruiz Calleja, author of the popular Blognumismatico.comalready published an article that made things clear from its very title: ‘Do you have any of these pesetas? Well, they’re worth nothing!’ The logic is very simple, simply most of the pesetas are still too recent and common. Not being made of gold or silver, not even its material value is high.

Reduce an entire art to a simple catalog. Does that mean that there are no pesetas that can be quoted for hundreds of euros in the numismatic market? What it really means is that it cannot be reduced to a couple of guidelines or a simple catalog closed something as complex as professional coin appraisal. When assessing what coins are worth and how much they are worth, experts not only look at what piece it is or its date; They also measure aspects that are difficult to grasp without training and experience, such as the state of conservation, rarities or the prestige of the seller himself.

In the same attempt to simplify a complex process in which numerous nuances are involved, over the last few years apps have emerged that they claim they can appraise coins with a single photo. At least in some cases, they use search engines to locate similar specimens and speed up contact with potential interested buyers.

The best: always act with caution. As is usual in almost all aspects of life, it is best to proceed with caution. end of 2021 The country published an article in Mexico in which he warned about the risks of the online market for commemorative coins, with prices well above their real value, using the argument of the exceptional nature of the pieces.

“You have to be very careful and do a preliminary investigation, not be guided by the prices indicated by the platforms, especially if they are very exaggerated because it is most likely not true,” warn the newspaper Pablo Casas, president of the Sonumex company.

“Rather than a market parallel to the serious numismatic market, what these sellers are looking for is to place their pieces at prices that do not represent reality,” settles the expert, who offers an example of the Mexican market and commemorative coins: a 50-peso coin that “It is bought by the kilo” while there are platforms that sell it for 150,000 pesos “This phenomenon is not new.”

Movistar launches fiber of 2 gigabytes of speed, but not in Spain

The war without quarter between the white shark and the megaloton: this was the fight for the top of the food pyramid