Iridium 9575A, the “indestructible” phone used by Zelenski to communicate with the US safely

Secure communications are essential in any war scenario. An oversight could be taken advantage of by one of the sides to intercept the messages and thus achieve an advantage in the confrontation, so special attention is usually paid to this aspect. In the case of the war in Ukraine, the US government remains in regular contact with Ukrainian President Volodymyr Zelensky through a secure satellite phone. It is a device with military-grade encryption that is available to very few people.

According to CNNBefore the war began, most secure communications between Ukraine and the United States passed through the American country’s embassy in Kyiv. However, intelligence reports indicated that Russia was getting closer to launching an invasion, so Washington ordered the evacuation of non-essential staff from his embassy and sent several secure phones to maintain contact. One for President Zelensky and one for his Foreign Minister Dmytro Kuleba.

The United States government has not provided details about the shipment of these phones, presumably for security reasons, so it has not transpired which model is working on Ukrainian territory. However, secure satellite telephone communications from Washington are channeled through the Iridium 9575Aa device specifically designed for this purpose, with “military-grade durability and secure NSA type 1 encryption”, so it seems that Zelensky received one of these pieces of equipment. 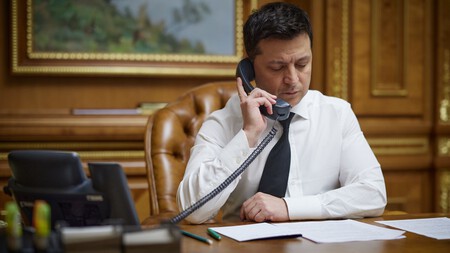 Although it is a technologically advanced device, its qualities do not lie in the possibility of making video calls or connecting to new communication networks. Its functionalities are extremely scarce, but safe. Everything the device offers guarantees “military grade security”. However, according to the aforementioned medium, the Ukrainians took several days to put them into operation. The delay was due to the fact that the instructions for use were in English, not Ukrainian.

First of all we meet NSA-certified protection for classified voice and data communications. This feature can only be enabled by the United States Space Force. As General Dynamics explainsThis requires Security Module 2 (ISM2), an encryption module that is installed inside the Iridium 9575A phone and provides end-to-end security for top-secret information. 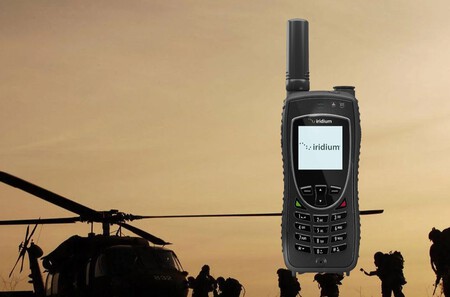 In addition we have voice calls in real time and the ability to send emails and SMS messages. As explained by the manufacturerall of this is delivered through a satellite connection that provides coverage “anywhere in the world” thanks to 66 Iridium satellites operating in Low Earth Orbit (LEO).

The Iridium 9575A also has other features like a monochrome screenbacklit keyboard, a battery that lasts up to 5 hours on calls and 24 hours on standby, GPS, a 100-contact phonebook and a one-touch programmable SOS system, which “provides 24/7 emergency assistance”.

And of course, it is also very resistant. The keyboard can operate in the harshest conditions, is IP65 certified (full dust ingress, low pressure water jets from any direction) and MIL-STD-810 certified, the latter specific to the United States Armed Forces, that validates use on the battlefield.

Unlimited data: 4 reasons to hire them and 3 not to

Xiaomi VAT Free Week: five bargains on phones, headphones, bracelets and more at a minimum price on the official website

The other fertile revolution: the world’s megacities are stopping having children at record speed