duration: Between 45 and 50 minutes

If you are looking for one of the great classics of all time, Pasión de Gavilanes is one of the Colombian series that you can watch on Netflix. Almost 200 episodes of a series that could be seen on television in Spain in 2005 on the Antena 3 network and whose soundtrack you surely know. If you also keep singing when you hear “Who is that man…?” it’s because it’s hard not to have heard of her. It is the story of the three Reyes Guerrero brothers who seek to avenge the death of a loved one. A drama of love, heartbreak, jealousy, revenge and family intrigues that has been a worldwide success and that we can see again on Netflix or that you can see now on the streaming platform if you did not see it in its premiere in 2003.

In addition, Telecinco has a new series or reboot since 2022.

See Passion of Gavilanes on Netflix Without breasts there is paradise

In Spain we saw “Without tits there is no paradise” at the end of the nineties but it is a version of the classic “Without breasts there is no paradise”. And its second part or sequel is available on Netflix: Without breasts, there is paradise. More than 200 episodes of a Colombian soap opera that we can see on the streaming platform and that follows Catalina. The young woman was born the day her sister was murdered and she moves in a world of absences, secrets and characters who will try to manage her at will. Among these characters will be La Diabla trying to sell it to some powerful narcos that will put her in a world of drugs and danger.

duration: Between 40 and 50 minutes per chapter

See Without breasts there is paradise on Netflix

the end of paradise

The sequel to “Without breasts there is no paradise” is this Colombian telenovela. A spin off of Telemundo and Fox Colombia based on the trilogy of novels by Gustavo Bolivar and with around 80 episodes that seek to follow Catalina’s story in a world of drugs, prostitution and mafias. One of the essential Colombian series on Netflix but that we do not recommend you watch until you have seen the previous installments and only as the end of the soap opera trilogy or as a continuation of the Spanish series that we could see on Telecinco almost twenty years ago today.

duration: About 40 or 50 minutes per chapter

Watch The End of Paradise on Netflix 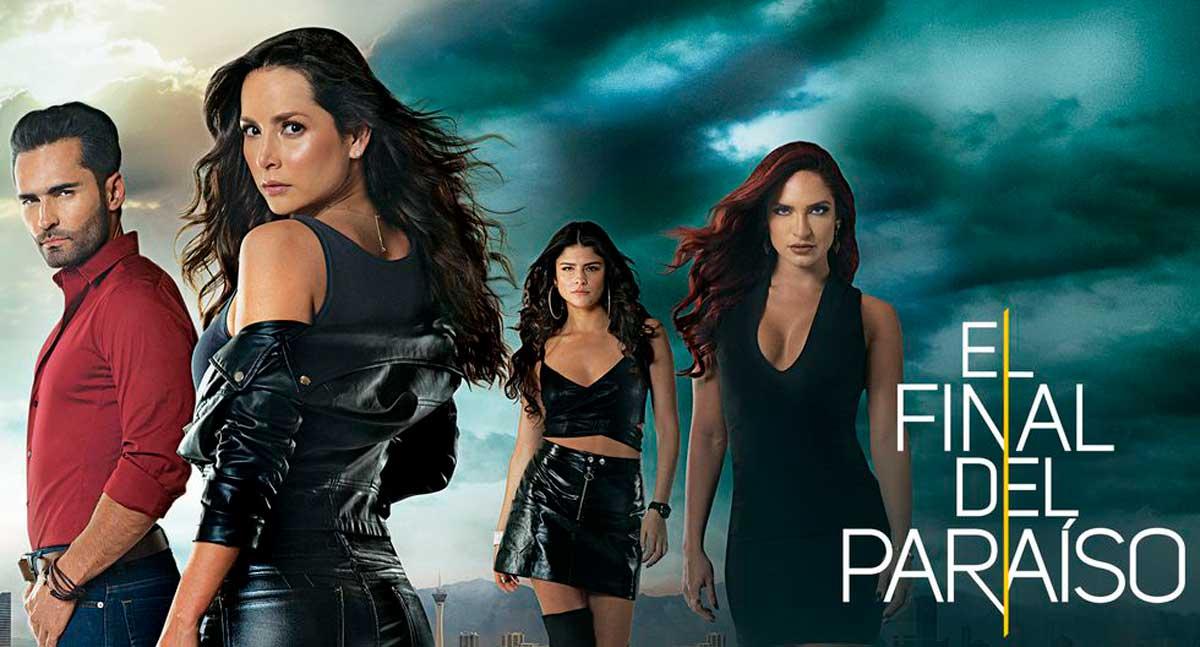 If you want to watch Colombian series in which music is part of the plot, there are some recommended soap operas for you on Netflix.

Different from classic soap opera dramas and betting on an entertaining and entertaining musical comedy, “Amar y vive” is a Mexican Netflix series released in 2020 and follows a young woman who wants to be a singer. She dreams of dedicating herself to music but works at her mother’s fruit stand. His life will intersect with that of a young peasant who has returned home from military service and tries to find his missing sister. A Colombian soap opera with 69 episodes in which both will delve into the underworld and in which there is no lack of love, drama, love triangles, fights, revenge… But neither is music.

duration: About 46 minutes for each chapter

Watch Love and Live on Netflix 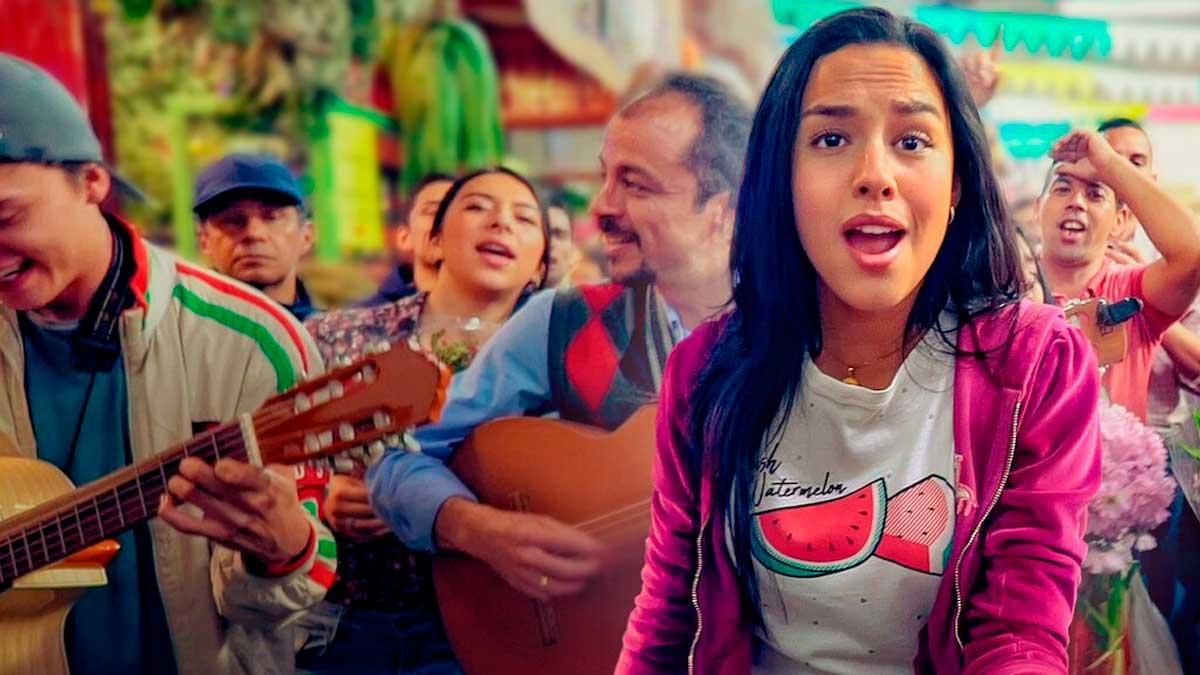 The Queen of Flow

Another of the great successes on Netflix if we look for Colombian series is “La Reina del Flow”. Released in 2018, it is still one of the most followed soap operas on the streaming platform and one of the most popular. Yeimi is a street artist and singer who was thrown in jail 17 years ago because of her ex-boyfriend. She now she has managed to get out of prison and seeks revenge. Yeimi has been released from prison to take revenge on Charly, who was her partner. A Colombian drama from Caracol Television that we recommend if you are looking for action, drama and soap opera but also if you want music, street rhymes, catchy songs and a lot of flow.

duration: Between 45 and 50 minutes

See The Queen of Flow on Netflix 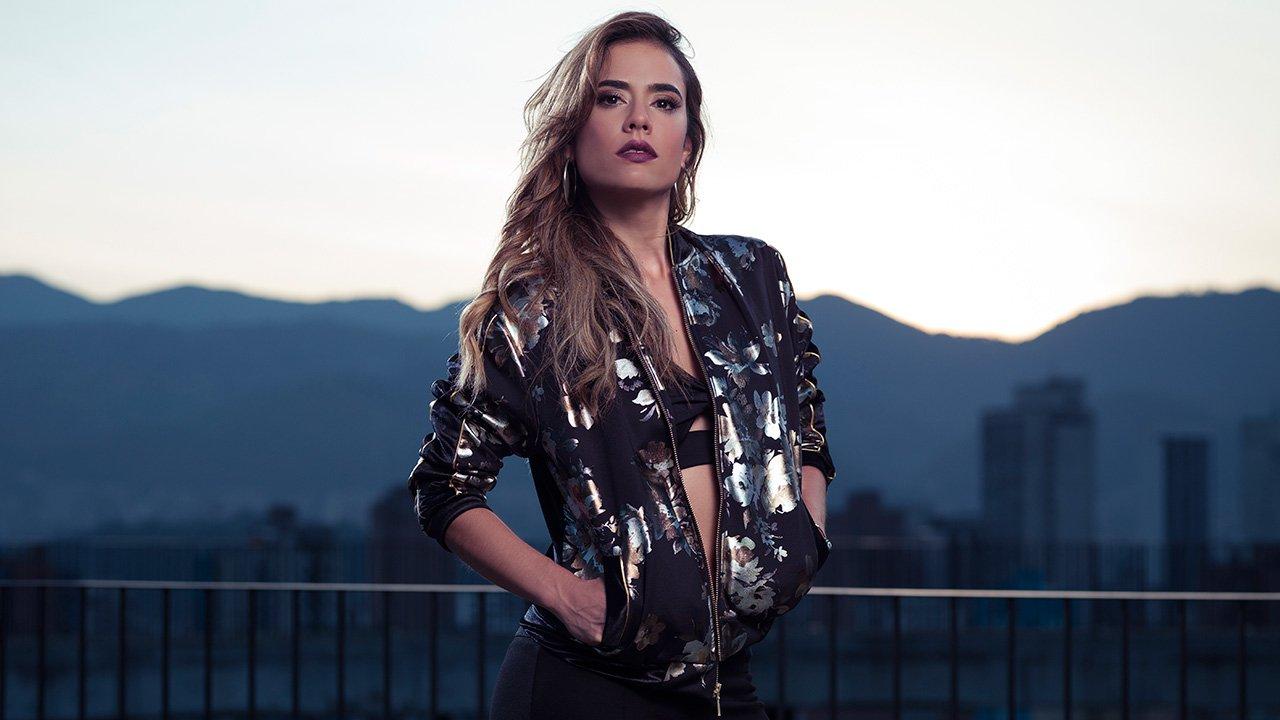 There are many Colombian series in which drugs and drug trafficking are part of the axis of history. From classic characters like Pablo Escobar to other dramas like “Muñecas de la mafia” about the wives of popular drug traffickers.

Brenda, Pamela, Renata, Violet and Olivia They are the protagonists of this telenovela of power, drug trafficking, extravagance and pleasure. Different women but united in a life starring the world of the Colombian mafia and drugs. A soap opera with more than a hundred episodes and one of the best Colombian series to watch on Netflix. Brenda and the others are part of the sentimental life of the biggest drug traffickers in Colombia… A life of luxury and ease but also of problems, frights, kidnappings, revenge or rivals that will make living in peace not easy.

Duration per episode: About 60 minutes per chapter

Watch The Mafia Dolls on Netflix The patron of evil

Although “Narcos” is the best-known Netflix series if you seek to delve into the life of Pablo Escobar, it is not the only one. The Colombian series “El patron del mar” is a drama that tells us the story and life of Pablo Escobar Gaviria. Produced by Caracol Televisión, it seeks to reflect the life of one of the biggest traffickers in history and it is recommended Whether you like soap operas or if you are simply looking for an action and drug series, a biographical series that tells us how the character has influenced Colombian society. According to the experts, a much more realistic and faithful plot to the life of his protagonist and that will allow us to know how he became a hero or a villain for a country.

duration: Between 45 and 60 minutes for each chapter

Watch The Pattern of Evil on Netflix Although they are still Colombian soap operas and series and dramas to get hooked on, there are some series with a historical component that we can see on Netflix and even seek to tell us about the lives of relevant characters such as Bolívar.

A historical series that bets on a biographical tone if we are looking for Mexican soap operas that go beyond a love drama. It is the history of Bolivar although more focused on the personal part of the character than to his political role. It is not a documentary or an educational series, but a Colombian telenovela that delves into his personal life, his travels, his lovers… A telenovela with some sixty episodes that seeks to show the “human side” of what many consider a hero.

duration: Between 55 and 60 minutes per chapter 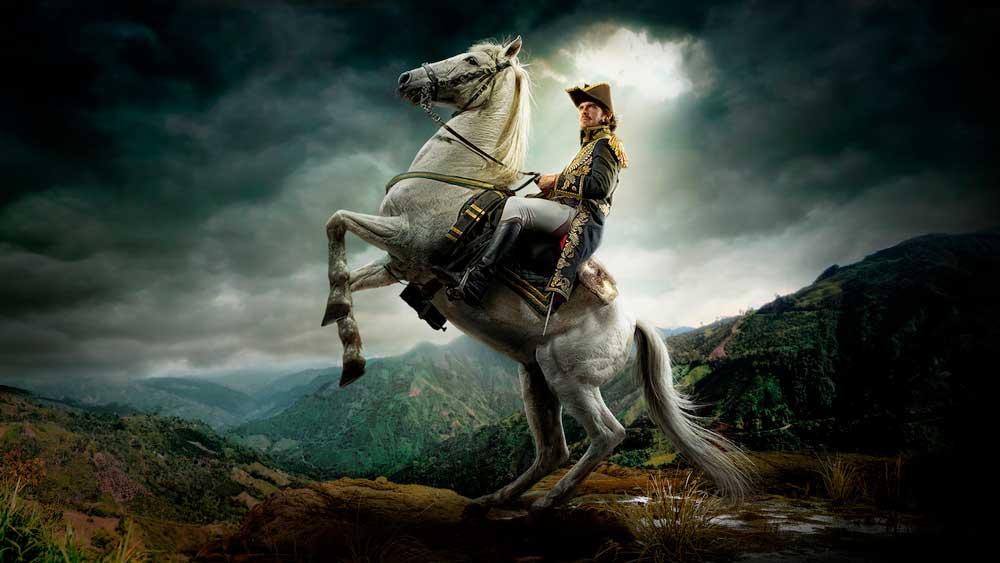 Another of the Colombian telenovelas that we can see on Netflix is ​​“La esclava blanca”, a series with a Spanish air. Starring the Spanish actress Nerea Camacho, a Colombian series produced by Caracol Television that takes us back to the year 1821. It follows a population of black slaves who have saved a girl, the young orphan Victoria Quintero. She has been raised by them until the village has been destroyed and Quintero is sent to Spain to be raised by nuns. Years later she will return home to free them from slavery, to reunite with her family.

duration: Between 40 and 44 minutes per chapter

Watch The White Slave on Netflix The Nazis already created synthetic gasoline in the 1930s. Nothing prevents us from doing the same today

QD-OLED panels are the best thing that has happened to televisions: what certainties and uncertainties this technology leaves us