Cinema is the sum of many things. One of its pillars is photography. The importance of directing, acting and scripting is always talked about, but photography is considered a lower prize. Today we are going to recommend movies from the last 20 years that leave us speechless when we look at film direction.

We do not want to choose the best, the ones that have won the most prizes (which of course can coincide) but the ones that have risked the most so that photography is an important part of the film. It’s not a classic list, so there won’t be many of my favorites or my favorite cinematographers, like ‘sky days‘ (1978) by Néstor Almendros or that little wonder that is ‘the night of the hunter‘ (1955) by Stanley Cortez. 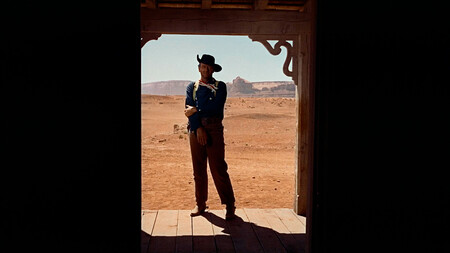 Good cinematography complements and supports the story. To give just one classic example, the ending of Winton C. Hoch’s ‘Centaurs of the Desert’ (1956), with John Wayne walking through that door alone, with the west in the background, is one of the best photographs that can be taken to tell the loneliness of the character in spite of everything… Not everything consists of great landscapes and wonderful lights, which deep down is what we like the most.

It is one of the films that falls into the love/hate category in equal parts. But if we stay in the direction of photography we can say that it is a shot-to-shot masterpiece. Each of the frames is a song to the composition and the harmony of color. 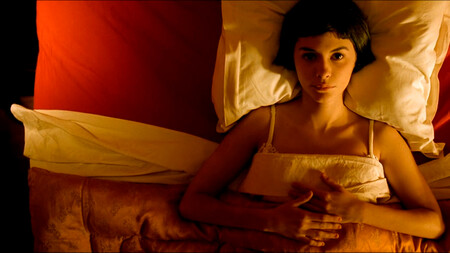 Everything is perfectly placed in ‘Amelie’, the different focal lengths and the chosen lights allow us to understand the mood of the characters. And especially the color, the use of reds and greens throughout the footage is nothing short of amazing.

We are facing a curious case. The director, screenwriter and cinematographer are exactly the same person: Alfonso Cuarón. And in 2018 he presented a film, distributed by Netflix, which took more than 20 awards, many for the spectacular black and white photography. ‘Roma’ it is a jewel. 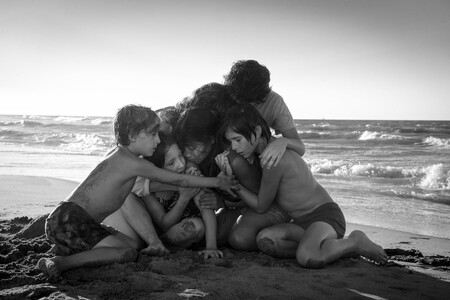 The director chose black and white because what we are seeing are his memories. There is not a touch of nostalgia, and that is why we see the image without noise, clean and digital. Full of information in the lights and shadows thanks to the cameras used, the 65mm Arri system. A complete photography lesson under the advice of the great Mexican cinematographer, Emmanuel Lubezki.

It is one of the latest films that is most talked about because of the quality of its photography. Greig Fraser is the author of the image of ‘Rogue One’ and the series ‘The Mandalorian‘. So it is clear why Denis Villeneuve chose him. He could have gone for Roger Deakins, but he decided it would be nice to have someone who rode well in the desert. 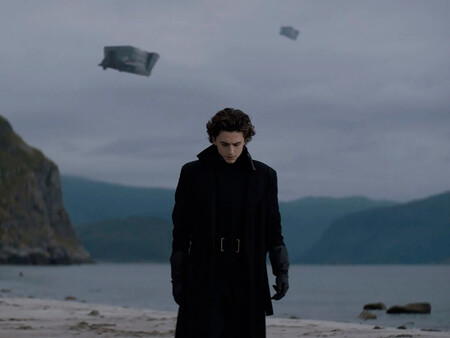 The most curious thing about ‘Dune’ is that the final appearance is due to the fact that it was shot with digital cameras Arri Alexa LF in RAW format and then all that footage was shot directly onto 35mm film. The idea was to bring together the versatility of the digital format with the nostalgic presence of the real grain of photochemical film.

In this list there would have to be many films of Christopher Nolan because this director understands like nobody else the need for photography to give a show. He does not use it to talk about the character or anything like that, but so that the viewers are left with their mouths open. 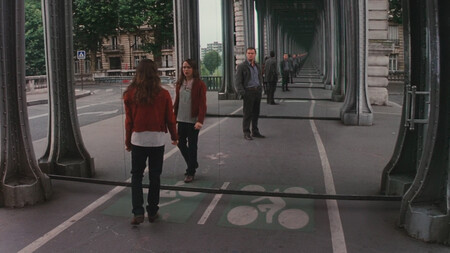 The most curious thing is that it is one of the few that continues to bet on celluloid over digital systems. It is shot in two formats: 35mm and 65mm. Why? Both wanted to repeat the experience of the batman trilogybut in the end they combined these two formats to be able to shoot images by hand and leave the large format for general shots.

Everything is spectacular in this film and they even used a photosonics camera, at 1000fps. This model was used in the 1970s at NASA to record space vehicle launches. Or they rotated the stage to record some of the dream scenes like they did to see Fred Aistaire dance across the ceiling.

Before we talked about Emmanuel Lubezki, one of the most influential cinematographers of recent years. The way he shoots, his natural light, the composition with the camera in hand, are his trademarks of style that are impossible to imitate by any other director.

In this film, with the permission of Terrence Malick, he was able to film hours and hours with the camera in his hand, thanks to the SteadyCam, until he turned each shot into something alive. It is a stabilization support that became popular as a result of ‘The glow’ by S. Kubrick. For the first time, the camera does not seem omniscient, but is just another character. 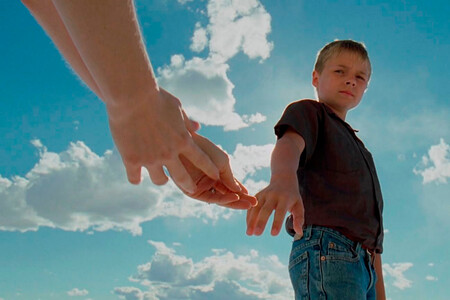 The Tree of Life

It is a difficult film to see, legend has it that in some cinemas they put the reels upside down and nobody found out. But if you only look at photography, you will have a perfect course on how to look.

This list could not miss the work of the great Roger Deakins, the director of photography who has received the most nominations and who came to be considered the Leonardo DiCaprio of photography because he never received the coveted award. Until this movie came along. 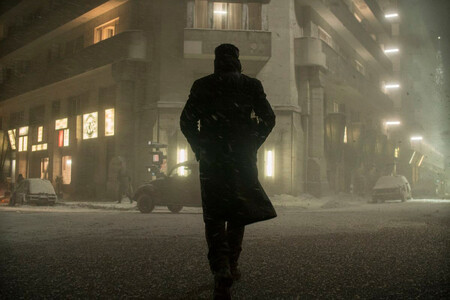 Roger Deakins is one of the wizards of naturalism and we all wanted to see how he faced science fiction, above all with the obligation to at least match the world that the great Jordan Cronenweth photographed for Ridley Scott’s original film.

In ‘Blade Runner 2049’ we have the cold offered us in ‘Fargo‘; the neon reflections of ‘Skyfall’ and the silhouettes of ‘The murder of Jesse James at the hands of the cowardly Robert Ford’perhaps one of his best films.

I remember perfectly the day I saw this movie. My partner didn’t know anything. She shook my hand from the first minute and did not let go of it throughout the footage for the sheer cinema we saw. 100% action without the need for constant CGI. Practically everything we see is real: the cars, the fire guitarist, the pole vaulters that fly, the motorcycle jumps. 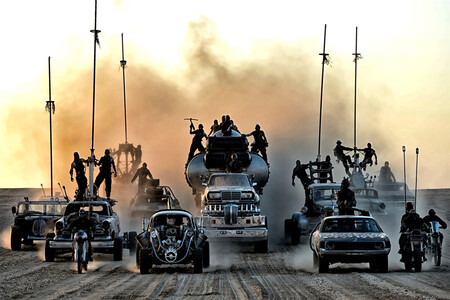 The photograph of John Seale, author of ‘The Dead Poets Club’ or ‘The English Patient‘ is revolutionized in this movie. It chooses to generate such an amount of plane switching that it becomes a hallmark and you don’t feel lost. So that we don’t get lost, she was kind enough to always center the frame.

They are two simple resources, from a photography student, which on this occasion become a blow on the table on how to do things and learn that the basic rules can be pure show.

It was one of the great surprises of that year. Superhero movies for over 18s, with all the harshness of reality. With real blood and real pain. And Lawrence Sher’s photography takes us into that new world of madness where clowns become killers. 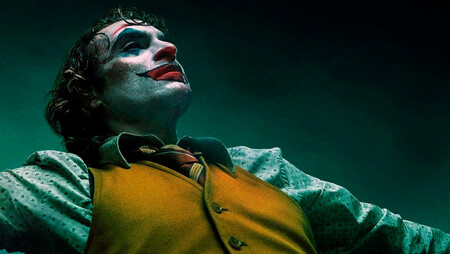 First of all, they thought of shooting with 65mm film. But since they wanted to leave a free way for Joaquin Phoenix’s improvisation, they decided to record digitally with Alexa cameras. The lenses were all old, to achieve the aesthetics of an obvious reference, which is none other than ‘Taxi driver‘. And they created a LUT so that the appearance was similar to a mythical Kodak film, the 5293.

And the final, which shows that photography should help movies. If you watch it again, the light is very bright in the first part, but little by little, like the character, it gets darker and darker. And the fact of opening the diaphragm a lot reduces the depth of field and we realize how the character is increasingly alone.

Optimize your Internet connection with these 6 keys

There are people reproducing Spanish cities in detail in 'Cities: Skylines'. and it's spectacular

1,097 free Lightroom presets to dazzle our photos with an original touch