There was a time when some cars had propellers. Time ended up proving them right

100 years ago someone built a propeller driven car. That someone was Marcel Leyat, a French engineer who tried to implement this propulsion system at the beginning of the last century. So it didn’t work, but time proved him right and he showed that propellers could be useful in a four-wheeler.

In the past decade of the 1920s, many things related to the automobile had yet to be defined. Keep in mind, for example, that the first traffic light in Spain was not installed until 1926.

So they were experimenting with the best way to get around in a private vehicle. Automobiles were displacing carriages and experiments had long been carried out with the electric car. However, although the oil was already beginning to be fully installed, Leyat continued to search for solutions to find a most efficient vehicle.

A plane with wheels

This industrial engineer did not understand why the automobile market did not take advantage of the advances that were being achieved in aeronautics. If this had shown that the most efficient was a light and aerodynamic vehicle, she did not fully understand why this was not replicated on four wheels.

Determined to fix it, between 1913 and 1927 made 50 units Helica, a spectacular vehicle built on wood in which the passengers were placed one behind the other and the front was dominated by a spectacular two-blade propeller (he would also experiment with four-blade versions). 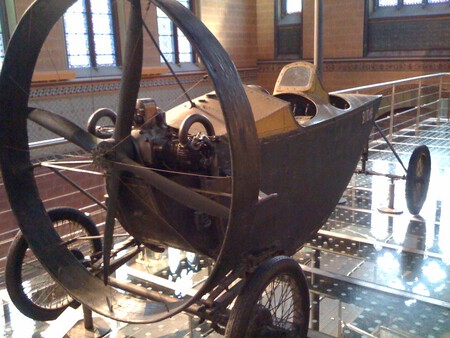 The engine had a power of 8 CV and consumed gasoline for its operation. Its low weight, barely 225 kg, allowed the Hélica to become one of the fastest aircraft in the world. In fact, on the Montlhéry circuit he managed to reach a top speed of 170 km/h on September 7, 1927.

Finally, the Hélica ended up being considered an unusable vehicle for new drivers, especially due to the noise generated by its propellers, which caused a really uncomfortable noise. However, Marcel Leyat proved that he was not wrong. At least as far as speed was concerned.

The force of a fan

Years later, in the 1970s, another market was in turmoil, with hundreds of engineers working overtime to find the necessary solutions to make their vehicles the fastest car. was the crazy formula 1 half a century ago.

In this fever to experiment, the spectators of the 1975 Grand Prix were lucky enough to see with their own eyes one of the most striking vehicles in the history of this sport: the Tyrrell P34the car with six wheels.

But that is another story. The one that concerns us here is the Brabham BT46B, a car that has the honor of having achieved 100% victories in the grand prix to which it was presented. And it is that, the unexpected invention of Gordon Murray he took victory in his only participation in a Formula 1 Grand Prix. His superiority was so overwhelming that he was immediately banned.

In the late 1970s, ground effect vehicles began to become popular. One of the first was Colin Chapman’s Lotus, a beast that would dominate the world championship with an iron hand and based its successes on sticking as close as possible to the ground, which allowed it to corner much faster than its rivals.

With the sole objective of overtaking his rival, Gordon Murray set his sights on the Chaparral 2Ja curious single-seater that was presented to the Canadian-American Challenge Cup, a championship that allowed the competition of all kinds of the most innovative automobile inventions.

Its impact was momentary. The air that was in its path, moved the propellers of the two rear fans They were hiding in some kind of box. Automatically, these fans generated such a powerful ground effect that they began to roll up to two seconds faster per lap than their rivals. 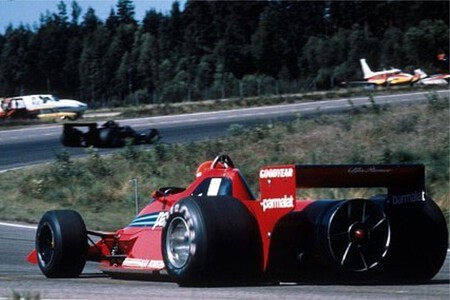 Gordon Murray, encouraged by the great result, replied to the idea in his Brabham BT46B. Under the excuse that the fan was used to cool the Alfa Romeo engine that powered the single-seater, the invention was put to the test during the 1978 Swedish Grand Prix. The superiority was overwhelming. So much so that the FIA ​​did not swallow and ended up banning it, assuring that it raised too much dust in its path. So much so that it caused problems for its rivals.

40 years later, Gordon Murray made public his GMA T.50the true successor of the McLaren F1, whose development was also immersed. The supercar of the British genius uses the two main premises that made it famous at the end of the 70s: lightness and a great fan. The promise is that this year we would see the GMA T.50 on the streets, whenever we were lucky enough to find one of the 100 units that were planned for manufacture.

I have seen a series on linear television again eight years later. I don’t think I’ll do it again

We are finding large bright rings in the far reaches of the galaxy. And we still don’t know very well what they are