The reason why there are no bridges that cross the Amazon along its 6,000 kilometers

The Amazon is impressive. No palliatives, no half measures. It is because of its size, which allows dispute the title longest river in the world with the Nile. Because of its flow. For its biodiversity. And even because of the secrets that its surroundings still hide, such as the lost civilization that a team of archaeologists has just discovered in the Amazon Rainforest of Bolivia. Along its channel, however, it hides some new surprises. Perhaps a little more prosaic, but certainly just as curious.

For example: there are no bridges across the Amazon.

And that, in a river that crosses several countries, welcomes more than 30 million people in its basin and has a length of at least 6,400 km, is almost as striking as its size or flow.

How is it possible?

Very different from other big rivers. The Amazon is long, very long. Whether it takes the cake is however something subject to debate. Determining which is the longest river in the world may seem easy —and even more so today— but first we should settle an important discussion that has been on the table since the 20th century: exactly where the Amazon rises. Most scientists believe that it measures at least 6,400 km, which would leave it below the 6,650 km of the Nile. In 2007 a group of researchers carried out a new calculation —and controversial— which approximates it to 6,900.

…and “allergic” to bridges. Whether one or another fact is taken into account, the unquestionable thing is that the Amazon is a Rare avis among rivers of its size. Live Science need that in Cairo alone the Nile is crossed by almost a dozen bridges. In 2019, in fact, Egypt inaugurated a huge one more than 67 m wide and half a dozen lanes in each direction in the capital. the danube sum 133 and the Yangtséthe great river of Asia, has incorporated more than a hundred in three decades. 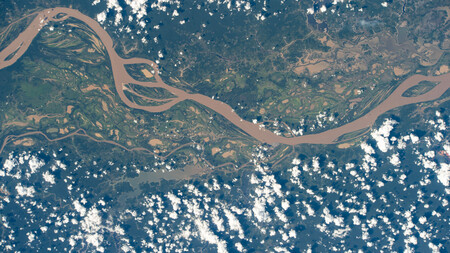 The key: population and roads. Yes, in the Amazon basin they live more than 30 million people distributed throughout nine countries, but they are not spread evenly. Not much less. It is estimated that two thirds of these inhabitants reside in Brazil and that more than half are concentrated in urban centers. The result is that there are wide stretches where the Amazon snakes through sparsely populated areas, which in turn poses a double handicap: uneven distribution and few high-capacity roads that can be connected by a bridge.

The populations scattered around the Amazon have adapted to a certain extent to this scenario and every time they need to move they resort to ferries, outboards, boats and canoes, among other boats. Consequence: “There is not a sufficiently pressing need for a bridge across the Amazon”, they comment from the ETH of Zurich a Live Science.

The river and its surroundings do not make it easy for us. That’s right, regardless of how much demand an infrastructure of this type may be in the Amazon, the reality is that the environment and the river itself do not make it easy for us either. Whoever wants to link both shores will have to face significant challenges. The main one, perhaps, is that the Amazon is not the same in the dry season as in the rainy season. Its width can multiply from one season to another: if the average is 3.2-9.7 km in the first case, in the second it reaches 48 km with a noticeable increase at the water level.

Such variations make it difficult to use pontoons and other floating structures, a handicap to which are added other no less important ones: the complexity of working on the land of its marshy areas, the changes in the course of the river and its depth as the year progresses… factors that would not make it easy for the builders and would also affect the cost of the project. The complexity of the terrain alone would require the use of deeper foundations. 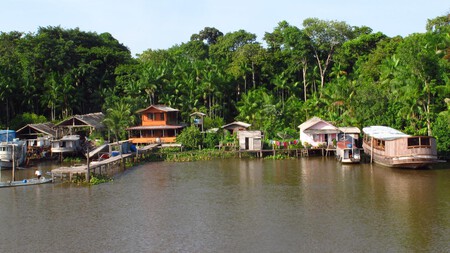 Do we want there to be bridges in the Amazon? That is the question. Perhaps the most important question of all is that: Are we interested in having bridges crossing the Amazon? Given the technical and logistical challenges and in view of the fact that it does not seem like a social emergency either, is it worth starting to build viaducts? What impact would at the environmental level?

For years, experts have warned of the negative effect of the roads that already cross the Amazon and point out that they are contributing to deforestation and the deterioration of waterways. A study published in 2018 by the researcher Cecilia Gontijo Leal points out that the roads that cross the Brazilian Amazon are negatively affecting the fish. “The data confirmed that the dirt roads are devastating the Amazon streams”, ditch.

The impact is explained by the erosion of the coast, the accumulation of sediments, a deterioration in the quality of the water and the barrier effect of “badly designed” roads, which can make it difficult for fish to reach places where they can feed, reproduce or take refuge. Gontijo encountered numerous stream crossings, makeshift “bridges”—sometimes to link illegal highways—that “have deeply fragmented the freshwater ecosystem.”

A project that has already been put on the table. Technical complications, demand and environmental impact apart, the truth is that the construction of viaducts in the Amazon has already been considered. In 2019 the president of Brazil, Jair Bolsonaro, showed his desire to build a bridge within the framework of his Rio Branco Project. So far, no progress has been reported.

What we do already have is Ponte Río Negro, a similar infrastructure that was completed in 2021 and connects one of the main tributaries of the Amazon. When it was finished, a similar project was proposed for the Upper Amazon that would link the city of Manaus with highway BR3-19. “It would give deforesters access to about half of what remains of the country’s Amazon rainforest,” biologist Philip Fearnside warned in 2020 in an article published in mongabay.

The best series you should not miss in June 2022

O2 doubles the speed for free: 600 megabytes to already customers

NASA expected the James Webb to be hit by micrometeoroids. But not one that big