Europe is experiencing a “unicorn” fever in the startup industry. And Spain is missing the train

Spain is not the land of unicorns. Or not as much, at least, as a good part of its neighbors. A report published by Swiss credit on this type of company, young and highly valued, shows that our country is in the lower middle part of the European ranking: it occupies the 12th position with data quite far from the United Kingdom, Germany or France, which at the end of last year They led the list with more than a dozen and a half companies each.

The study also reveals another clear trend: although they are rare, unicorns are becoming more frequent in the European economy. His presence has almost doubled since 2014.

What are unicorn companies? The metaphor may be a bit literary, but it is quite graphic and hits the nail on the head. A unicorn It is a company with conditions almost as extraordinary as those that horses with horns would have if they existed: they are young, startups usually launched by entrepreneurs who have not yet blown out the 40 candles and -what is really important- they exceed a valuation of 1,000 million dollars before going public.

It may not be as difficult to find one as it is to see unicorns trotting freely through the countryside, but it is certainly not an easy profile to achieve. It is estimated that barely 10% of startups manage to overcome their first stage, the most complex, and go beyond three years of life.

Are they growing? Yes, at least that is what the report prepared by Credit Suisse points out, which shows that in recent years their number has increased significantly. Your data is eloquent. At the end of 2021, Europe hosted almost twice as many unicorn companies as in 2014. In total, there were 106 companies with a value of around 410,000 million euros, which represents a share of 11% globally in the sector. “As seen in other regions, unicorns are rapidly redefining the competitive environment in Europe,” notes the report.

The leader is in any case the US, where more than 50% of the companies are concentrated. China and Europe follow on the podium. That yes, although they have grown, the rounds of financing do not reach neither in number of operations nor in dimension to those registered in other latitudes.

And what place does Spain occupy? Well, not a particularly buoyant one. In Credit Suisse list we were in 12th place at the end of 2021. The balance actually places us well below the United Kingdom, Germany and France, countries that lead the ranking with, respectively, 31, 22 and 18 startups. In the “photograph” taken by the Swiss bank, Spain is also placed behind Switzerland, the Netherlands, Sweden, Norway, Austria, Denmark, Finland and Ireland. We would be ahead of Turkey, Belgium, Croatia, the Czech Republic, Estonia, Lithuania or Luxembourg, all countries —except Turkey— with a considerably lower population volume than Spain.

Statistical data of 2021 leave a “snapshot” with slight variations, but with a more or less similar distribution of positions and in which Spain does not come out particularly well either. In the international ranking, which Statista also opens with the USA, China, India, the United Kingdom, Germany and France, Spain would be in 18th place with three unicorns, the same as the Netherlands. 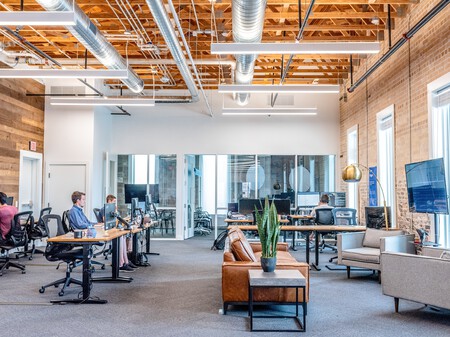 No reason for optimism, then? In fairness, yes there are. Although Spain is clearly below Germany, France, the United Kingdom, the Netherlands or Switzerland, last year investment in Spanish startups experienced notable growth: from 984.7 million euros in 2020 we went to 4,207.3. At the beginning of 2022, in fact, the business fabric had eleven unicorns, some more than those identified by Credit Suisse in the fourth quarter of 2021: Glovo, Jobandtalent, eDreams, Wallbox, Cabify, Idealista, Devo, Domestika, Travelperk, Flywire and Fever.

The “tech” bag includes companies from the subsectors fintechartificial intelligence (AI), cloud services or software, among other. The latter add up to 14 with a combined value of 39,000 million dollars in the fourth quarter of 2021. In its analysis, Credit Suisse has also detected an important role of the fintech and consumer products and services companies, including home delivery businesses or mobility platforms and the sale of second-hand goods.

Almost a quarter of unicorns are related to AI, blockchain or the payment industry and are a key part of promoting the growth of the entire unicorn ecosystem. As far as specific names are concerned, they stand out Klarnaat a valuation of $45.6 billion; Checkout.com, of 40,000; Y Revolutof 33,000.

What is the best smartphone in photography so far in 2022? We let you choose it… Blindly

Who said Marvel? Netflix has one of the most violent and original superhero movies in recent years

Why NASA keeps sending tardigrades and cuttlefish into space