The last State of Play has left us with a good handful of news. From the remake of ‘Resident Evil 4’ to the first gameplay of ‘Street Fighter 6’. And Sony has also been in charge of showing us a trailer for ‘The Callisto Protocol’ and set a date for its release: December 2, 2022.

It is a third-person survival game developed by Striking Distance Studios. Does it look familiar to you? Maybe yes, maybe no, but it is a study founded by the creator of ‘Dead Space’, Glen Schofield, so we can already get an idea of ​​what its essence could be.

As we can see in the images below, in the game we will face monsters with somewhat bizarre shapes, in other words, disgusting beings that will make us cling to command at certain times.

A PlayStation blog post explains that the protagonist is Jacob, an inmate of Black Iron Prison. For some reason, the guards and everyone inside the building start transforming into creatures called Biophage. 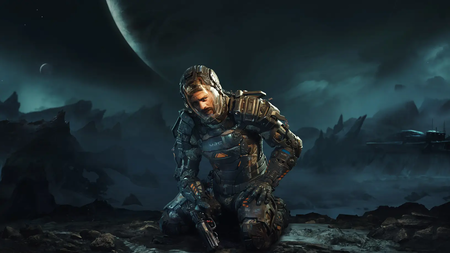 The development team proudly claims to use a method known as “Horror Engineering” to scare us. It is about combining the atmosphere, the tension, the helplessness and the humanity to generate that effect in humans.

We’ll see if ‘The Callisto Protocol’ really achieves its goal. The truth is that, as we mentioned at the beginning, we will have to wait until December of this year. Platforms? It will be released globally for PlayStation 5 and PlayStation 4.

Netflix now wants to make “better and more expensive” productions. In the end, she wanted to be another Hollywood major.

Netflix now wants to make "better and more expensive" productions. In the end, she wanted to be another Hollywood major.

The automobile industry is clear about its commitment to the electric car. The lithium industry… not so much