Sony doesn’t want to miss out on the satellite war. And for that they have created a new spatial division

Sony has created a new division within the company. And it’s nothing like what we’ve had to date. This week has been registered ‘Sony Space Communications Corporation’ and it will be focused, as its name suggests, on space communications.

The objective of this new division will be the creation and development of technologies that allow orbiting satellites to communicate. At the moment Sony has not explained that they are going to launch their own satellites, as Amazon or SpaceX do.

Sony will manufacture space lasers. It is a technology that will try avoid the current bottleneck with radio frequencies.

To solve this problem, Sony plans to develop small optical communications devices that can link microsatellites in low orbit via a laser beam. 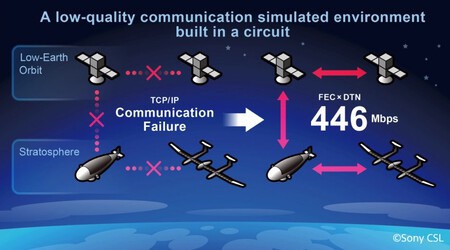 The Japanese company has traditionally been characterized by offering sensors and technologies for third parties. In this case they will be satellite companies who will be able to benefit from Sony’s laser communications system. This system not only aims to improve communications between orbital satellites, but also between them and ground stations.

It is unknown at the moment when Sony’s first laser will be available to operate in space or with which companies they have already worked, but it is known that in 2020 they made several successful tests to transmit information by laser between the International Space Station and a station in Japan.

“There are currently approximately 12,000 satellites in space, and the number is expected to increase in the future. The amount of data used in orbit is also increasing year after year, but the amount of available radio waves is limited,” he explains. Kyohei Iwamotonew president of the Sony division.

A “super cookie” that can not be blocked: this is the plan of the operators to reinvent tracking for ads

Check if you have pending fines at the DGT: free, fast and without a certificate