Among the numerous projects that make up the Artemis Program, with which the US space agency plans to return to the Moon, NASA has selected two new sets of scientific instruments, including one that will study the mysterious Gruithuisen Domes for the first time.

This research will help scientists answer fundamental questions about how these mysterious formations arose on our satellite.

a mystery on the moon

Las domes, domes or mounts of Gruithuisen son a geological puzzle. Based on early telescopic and spacecraft observations, it was long suspected that these domes were made of silica-rich magma, similar in composition to granite. 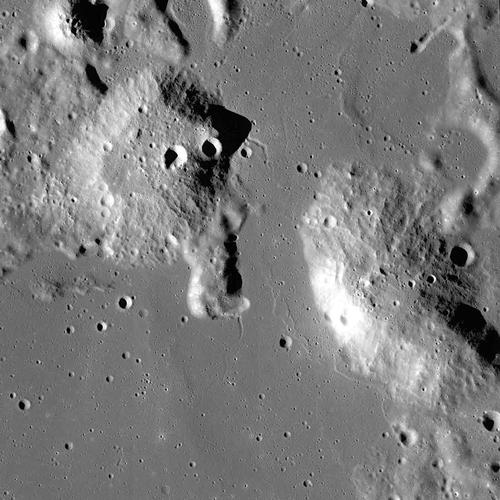 Observations by the Lunar Reconnaissance Orbiter (LRO) spacecraft have shown that the Gruithuisen domes are distinct from the surrounding terrain, which is covered by ancient hardened basaltic lava flows. Basaltic lavas are liquid and thin and flow like motor oil, unlike silica lavas, which are thick and flow more like butter due to their thickness.

The Gruithuisen domes were formed by eruptions of silicic lavas, which did not flow out easily, creating these domes or mounds. The real mystery is how could such silicic magmas form on the Moon. On Earth, silicic volcanoes typically form in the presence of two ingredients: water and plate tectonics. But without these key ingredients on the Moon, scientists wonder how the Gruithuisen domes formed.

Named in honor of Franz Von Paula Gruithuisenthere are few theories about the formation silica-rich lunar magmas. To really understandMind these puzzling features, we must visit the domes, explore them from the ground, and analyze rock samples. Fortunately, NASA plans to do just that and in 2025, a suite of scientific instruments will be delivered to this region, housed in a lander and rover.

Two new instrument suites have been selected for the Moon! @NASAAmes experts will support both the exploration of mysterious domes on the lunar surface & the study of yeast in lunar gravity which will help inform future #Artemis human missions: https://t.co/r9PyQjwjsf pic.twitter.com/dVV8ddAkow

Within the Artemis program, research Lunar Vulkan Imaging and Spectroscopy Explorer (Lunar-VISE) It consists of a set of five instruments, two of which will be mounted on a stationary lander and three on a mobile rover to be manufactured by a private company for this program.

Over the course of 10 Earth days (one lunar day), the top of one of Gruithuisen’s domes will be explored. By analyzing the lunar regolith on top of one of these domes, the data collected and returned by Lunar-VISE’s instruments will help scientists answer fundamental unanswered questions about how these formations arose.

“The two selected studies will address important scientific questions related to the Moon,” he said. Joel Kearns, deputy associate administrator for exploration in NASA’s Science Mission Directorate. “The first will study the geological processes of the first planetary bodies preserved on the Moon, investigating a rare form of lunar volcanism. The second will study the effects of the Moon’s low gravity and radiation environment on yeast, a model organism used to understand DNA damage response and repair.”

Slack is a good tool to find work: its independent channels, a wealth of human resources